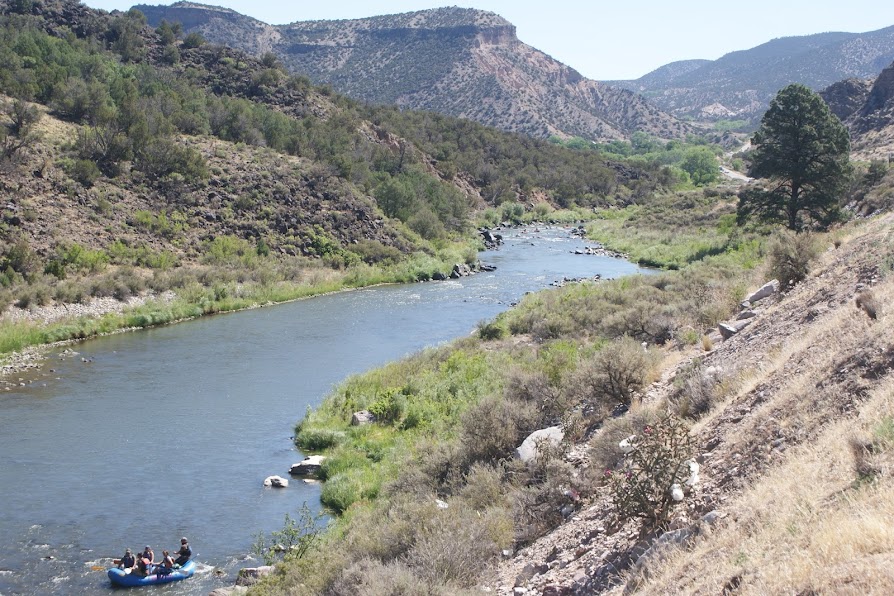 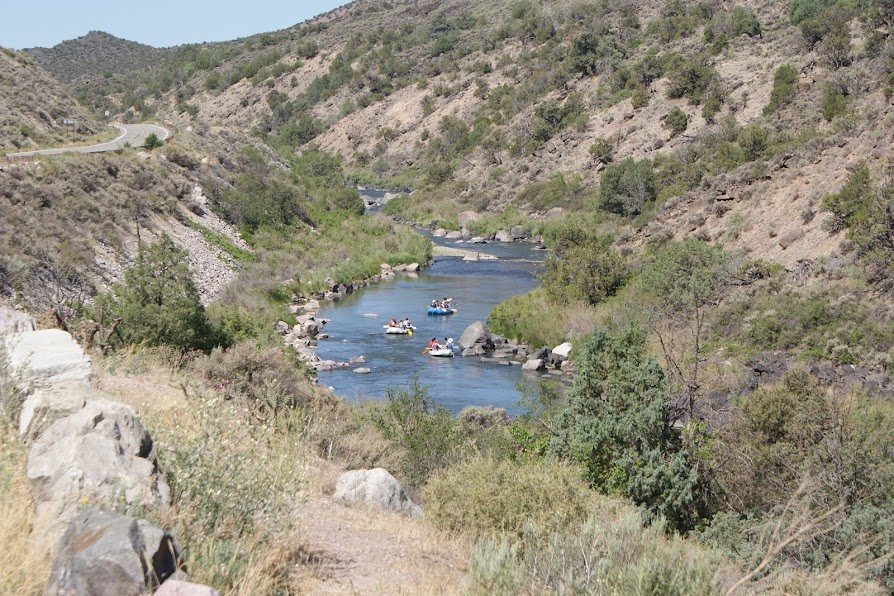 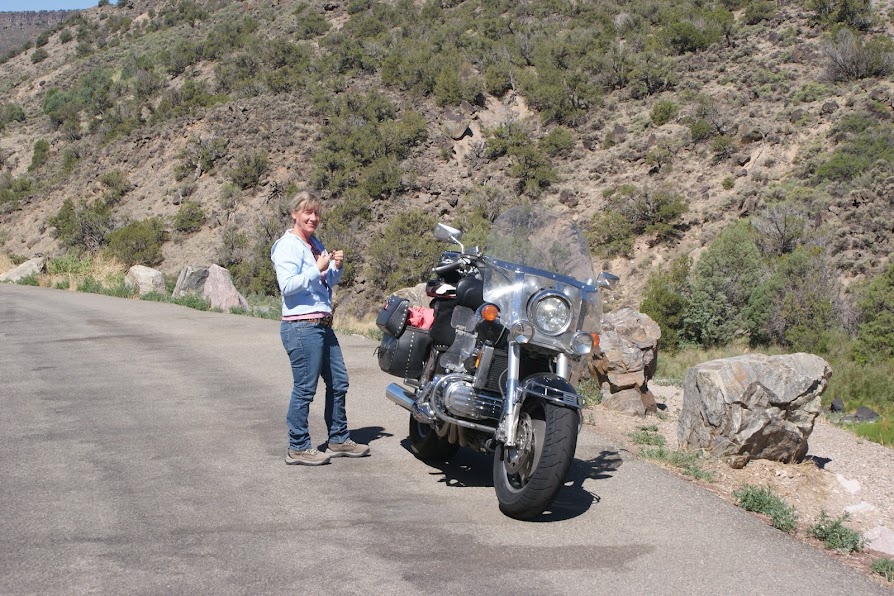 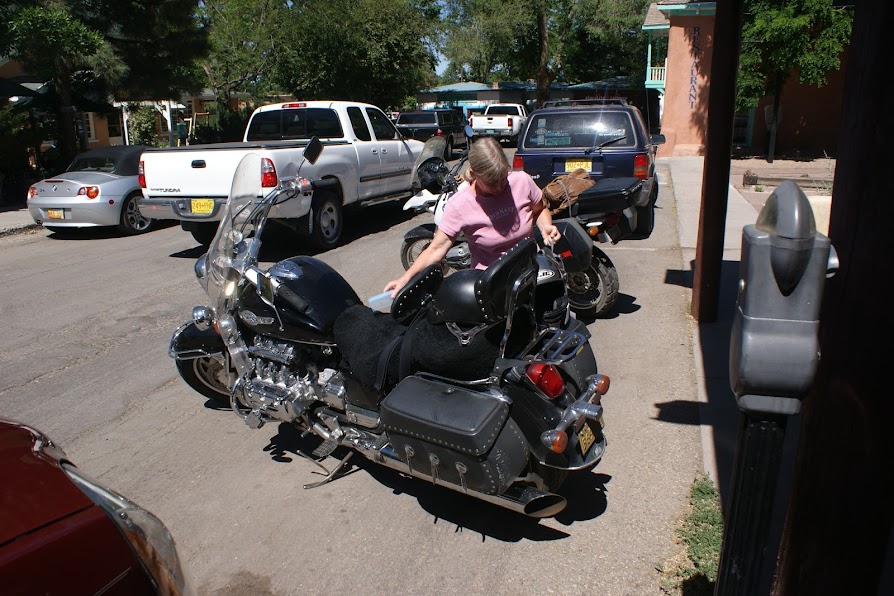 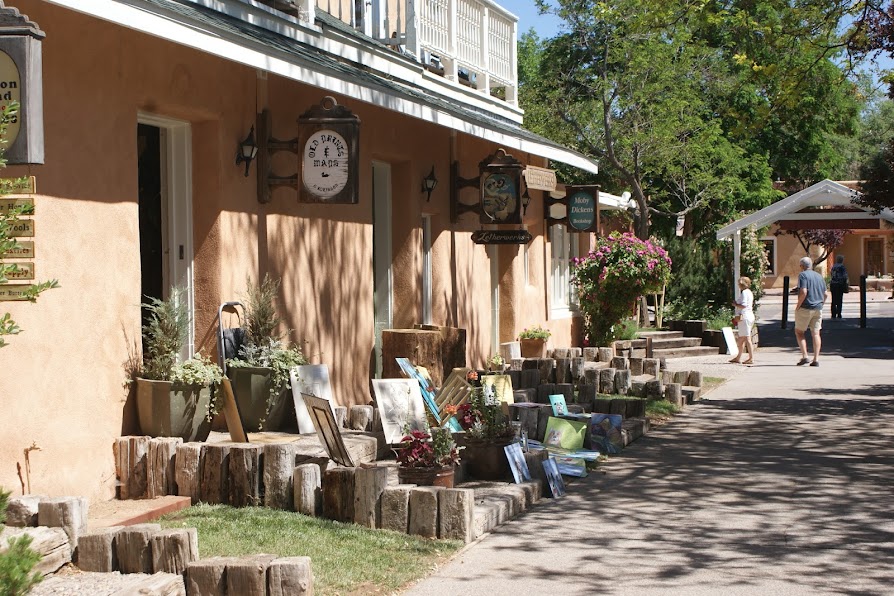 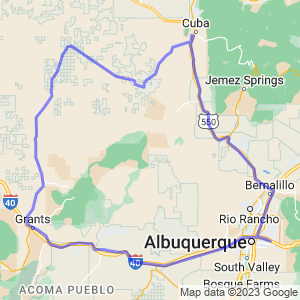 Almost every weekend I get on my bike and hit the road, most of these outings are loop rides that bring me home after a few hours. For me the perfect ride is around 6 hours (300 – 400 miles) on the bike. With a 6 hour ride you don’t run out of daylight in the shorter days of winter. In the summer it nice to get home before the afternoon sun makes it look like you wet your pants. In my opinion the New Mexico late afternoon summer heat is more difficult to deal with than any winter day above freezing. 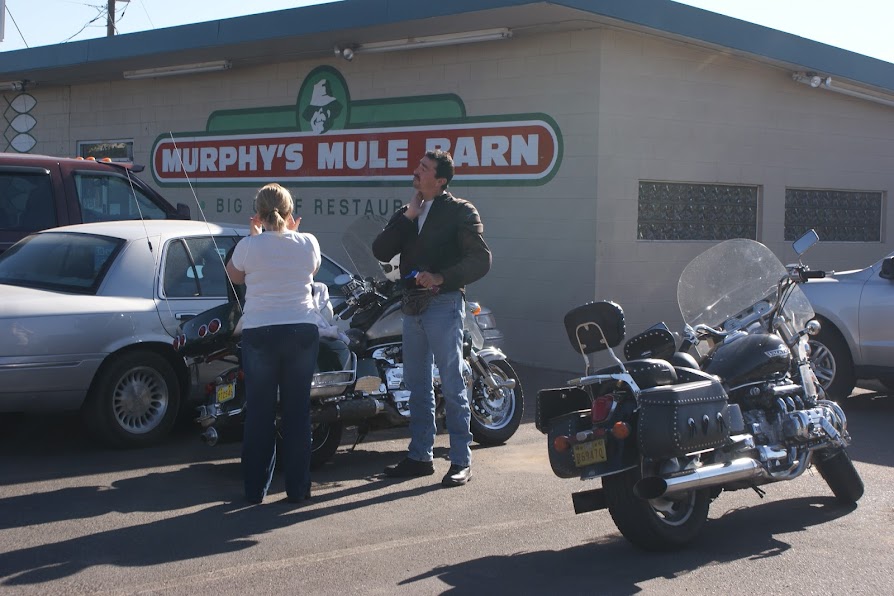 Last week I discovered a seldom traveled 300 mile loop that took me through some amazing southwestern landscapes (canyons and desert). So it was no surprise that I’d want to ride that route again. Only this time I was going to travel the route in the other direction. I was anxious to see what it looked like going the other way. Because my daughter had a basketball tournament I couldn’t plan the ride till after her Friday night game (they lost).  When I found out her next game was late Saturday afternoon I called Chuck Lane, he had expressed an interest in doing this ride with me.  We planned to meet at 8:00 for breakfast at Murphy’s Mule Barn. Chuck and his girlfriend (D.D) split a chicken fried steak, it was so big it didn’t fit on the plate. Sorry no food picture, I forgot to bring the camera into the restaurant. 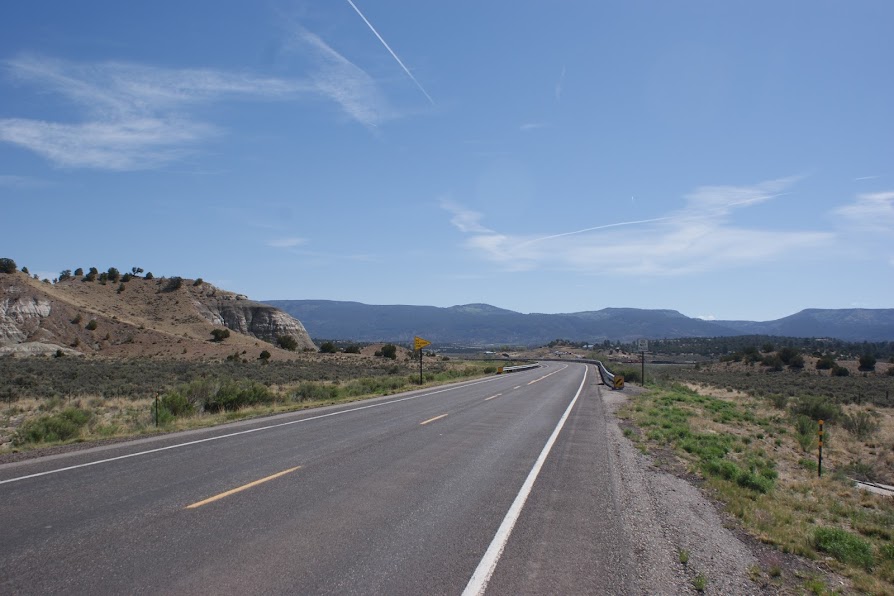 The ride up US 550 was like moving through rush hour traffic, lots of people getting out of town for the three day weekend. But when got onto NM 197 all the other cars disappeared, this is really a road less traveled. 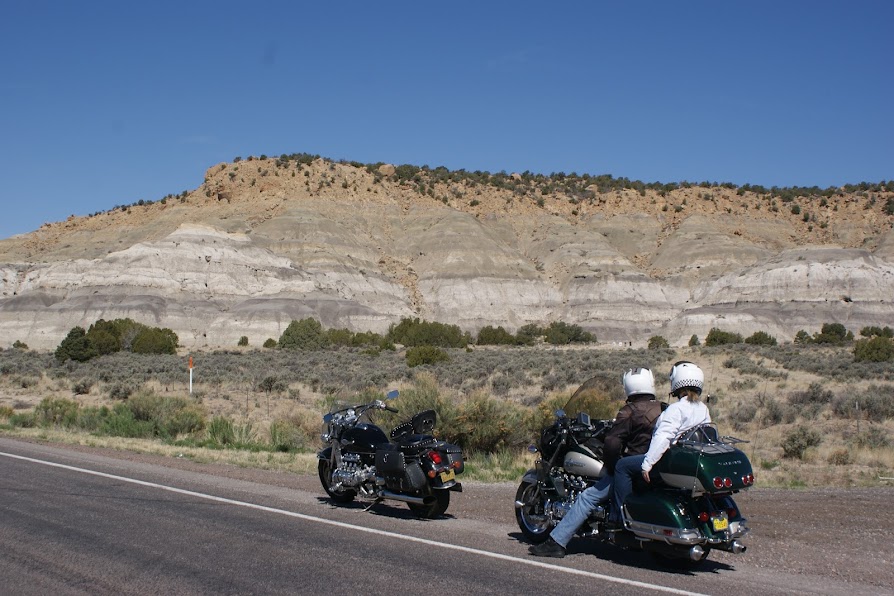 Just before we got to Pueblo Pintado a flock of sheep made their way across the highway. 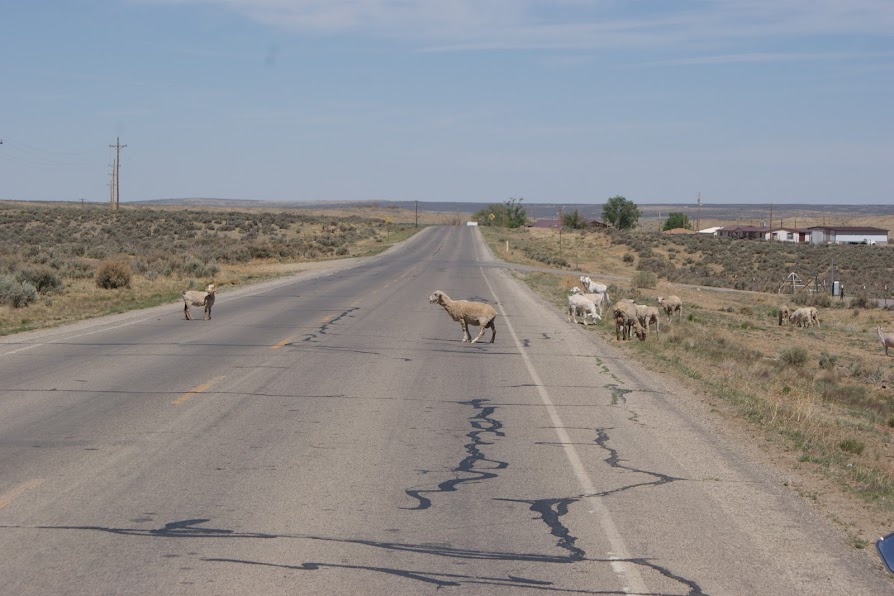 Pueblo Pintado [Spanish for “Painted Town”] is located on summit of a ridge at the base of Chaco Canyon. The ruins are visible from the ISR 9. The dirt road to the ruins is near ISR 46 (it’s the only paved road). The ruins are about 2 miles up  a gravel road, the road wasn’t too bad for us on this day, but washboard sections on it gave us a good shaking. 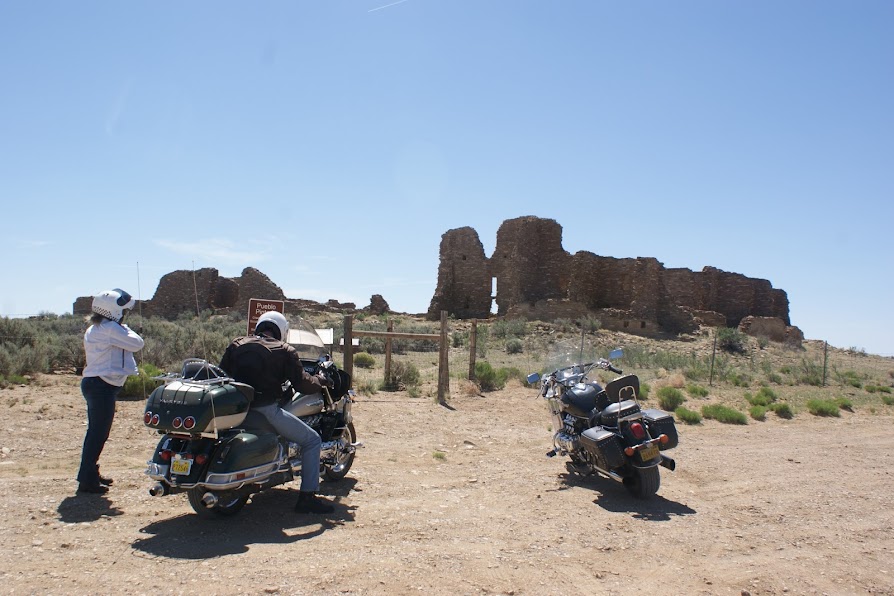 There is a parking area you access by a short rutted road. The Pintado ruins are very impressive and are well worth the extra effort to get to them. Pueblo Pintado were the first ruins encountered by early expeditions as they approached Chaco Canyon from the east. 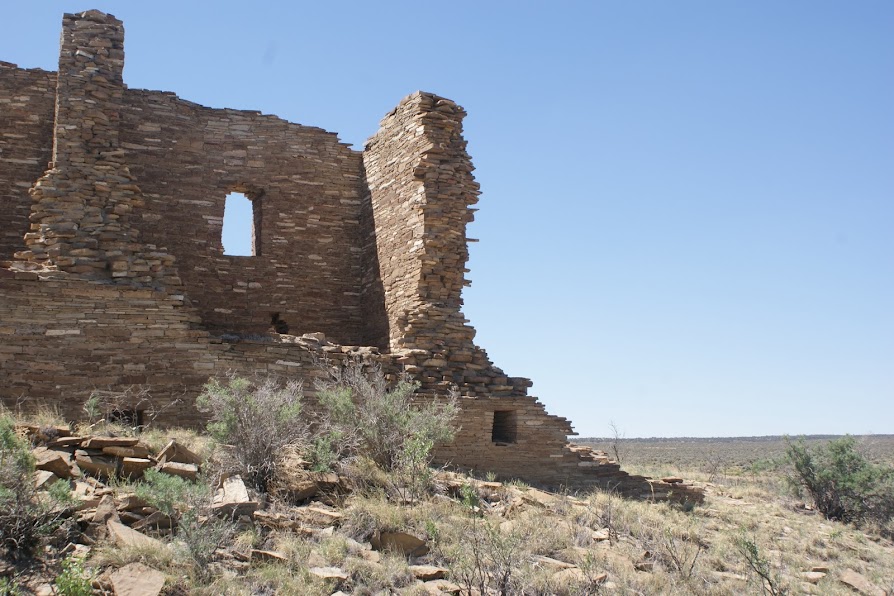 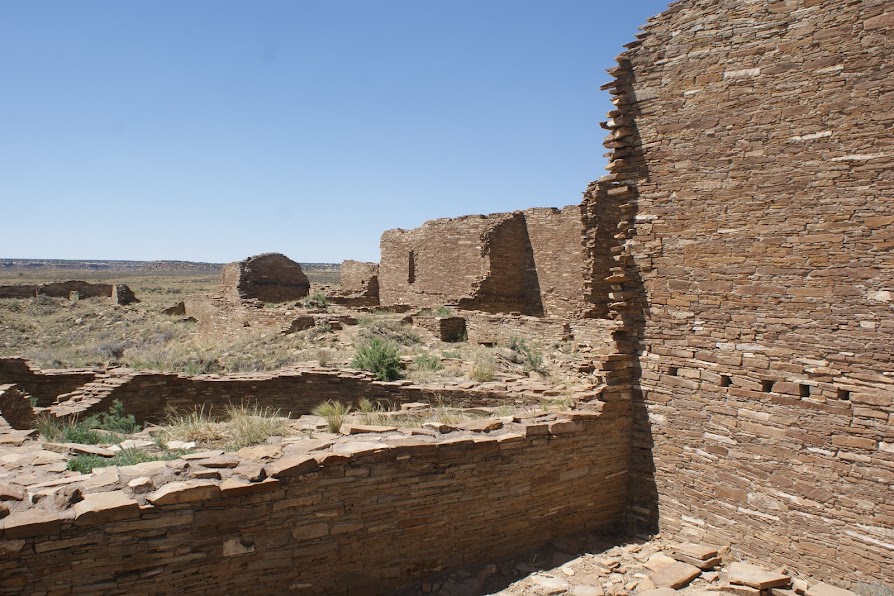 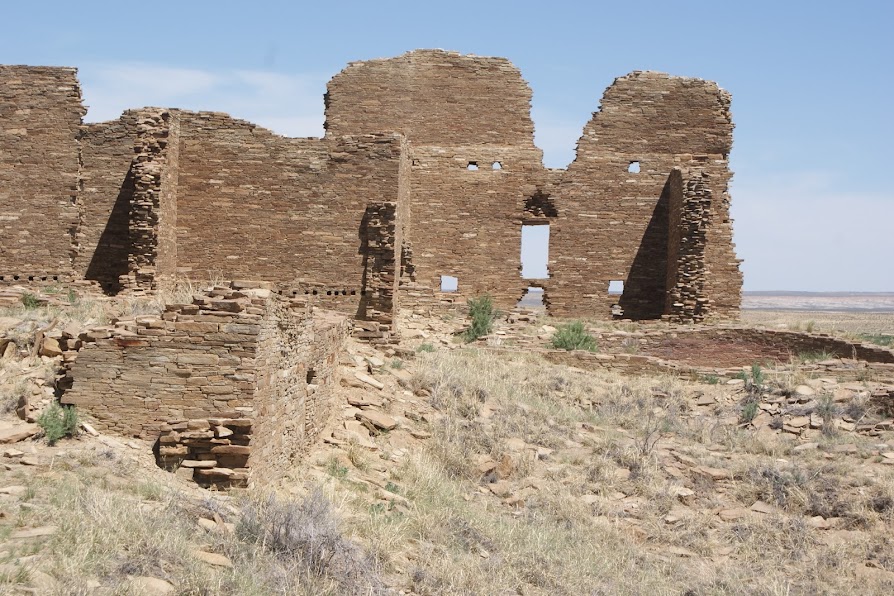 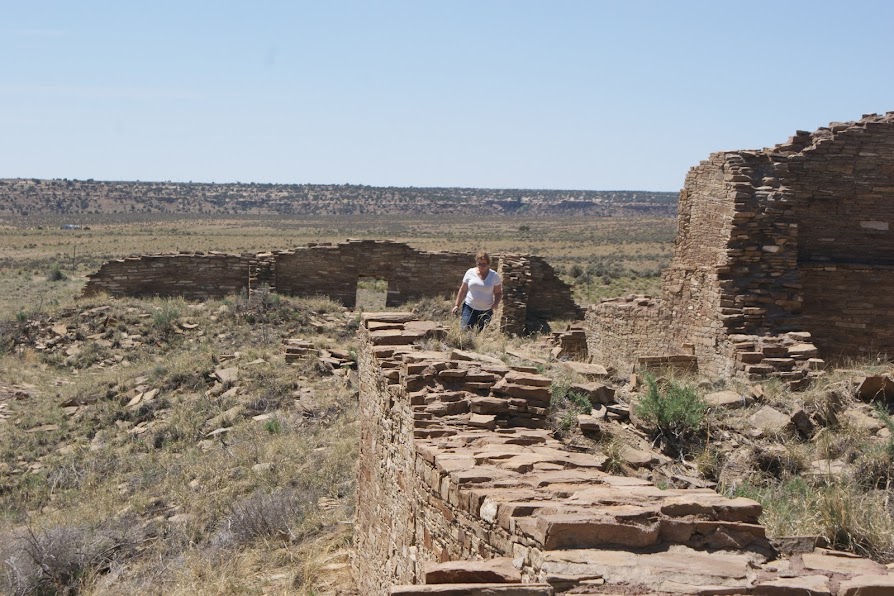 About 5 miles from the ruins in a sandstone canyon area, we came upon a herd of wild horses. 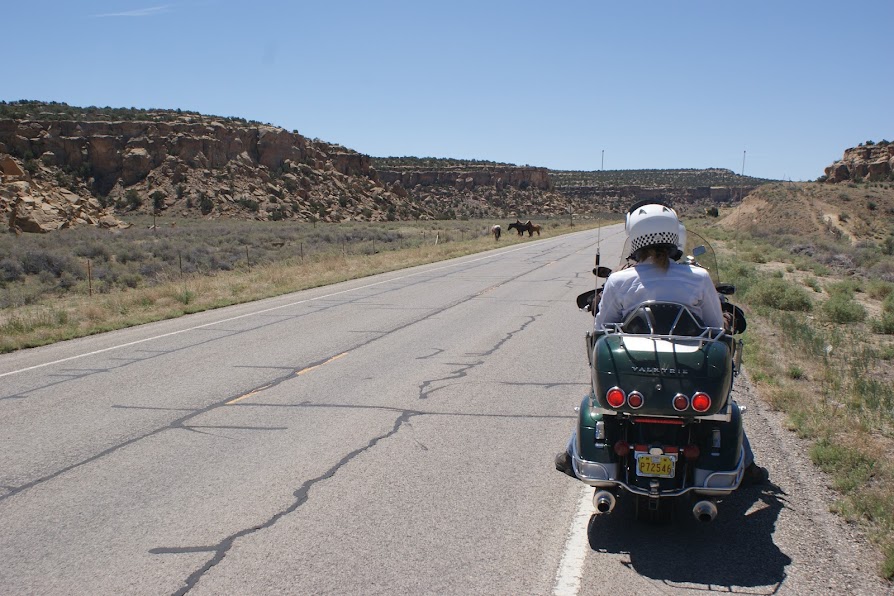 After we had ridden down NM 509 a few miles we passed through a large mining area. They have built overpasses on the highway so their equipment can cross the road. 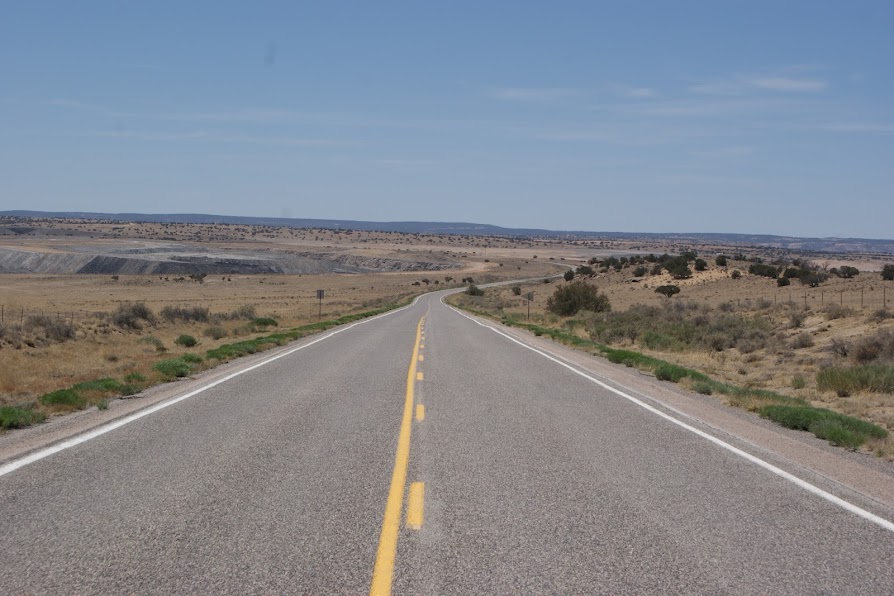 Just before we got into Grants we were treated to watching a train crossing our path heading west. We stopped for gas and then headed east for home. It was nice day and I had a great time. Thanks to Chuck and D.D. for sharing this adventure with me. Don’t think I would have done that dirt road without you. 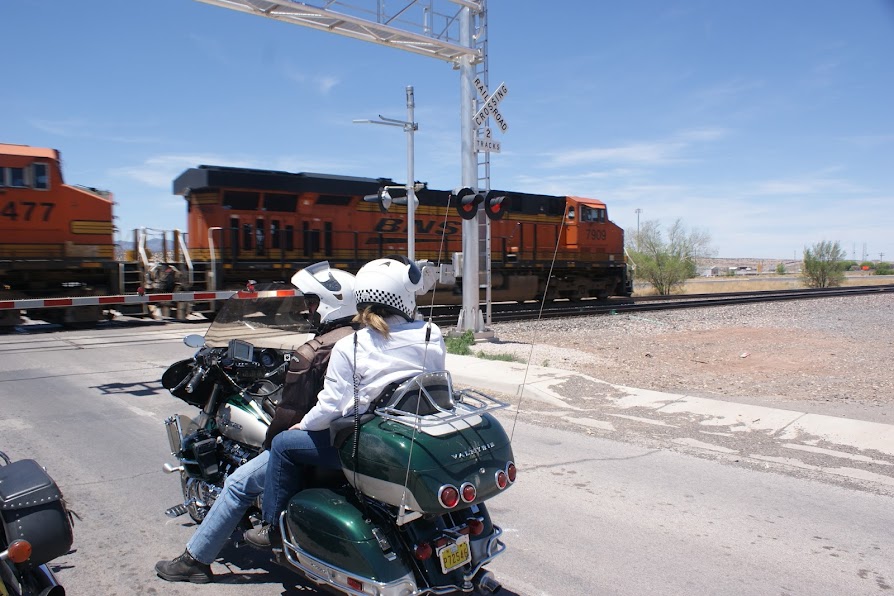 Ride from Grants to Cuba NM 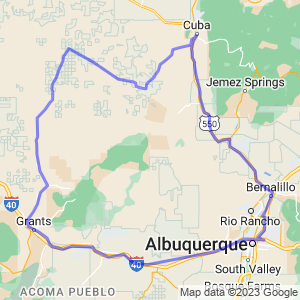 Last week when riding to Casamero Ruins I came across several roads that I wanted to further explore. This part of New Mexico has unique type of beauty, it’s dry hot/cold, windy and empty.     However some of the views I experienced last week motivated me to try out these roads. 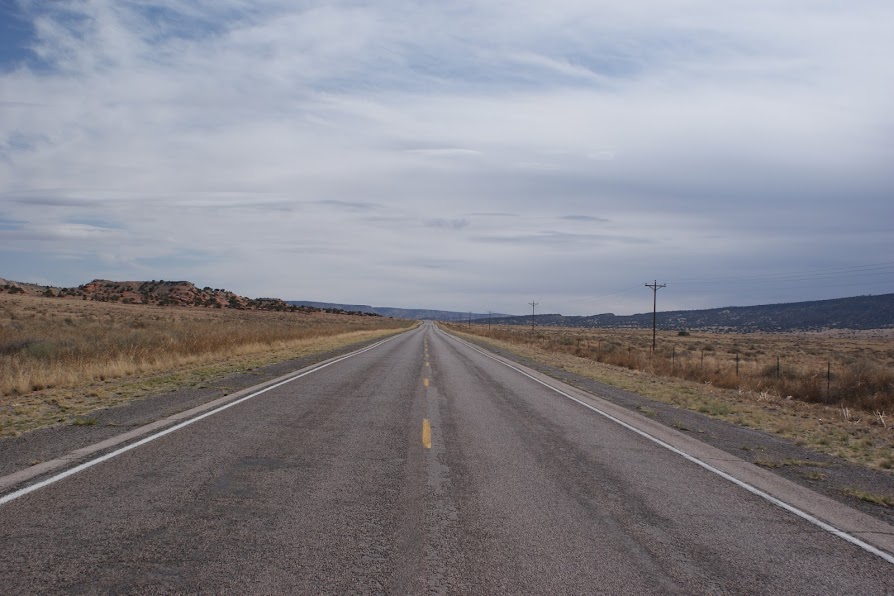 Took the Interstate out to Grants, then went north on NM 605. From Grants to Cuba it’s a 118 miles and there are no stores or gas stations. Make sure you have everything you need to make the drive (water-gas) before leaving Grants. 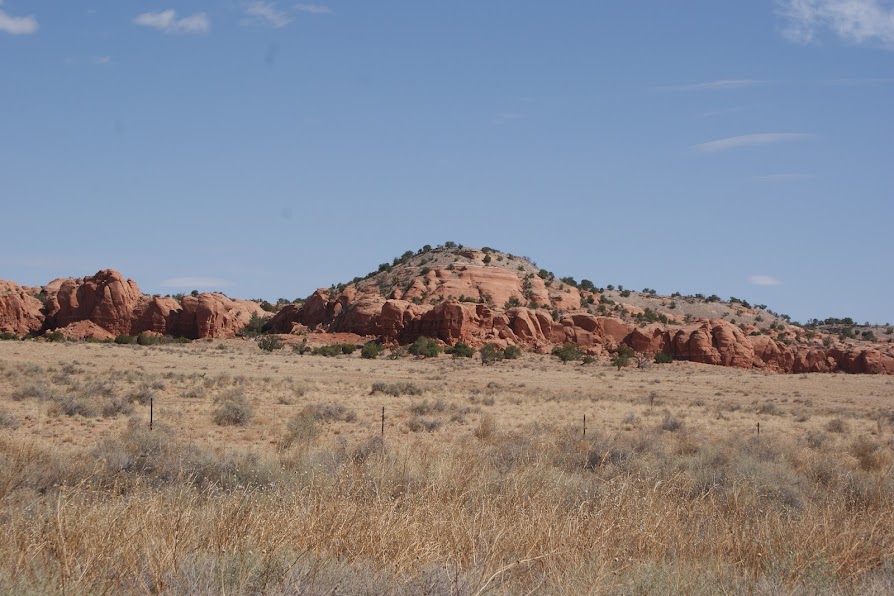 After 18 miles you will come to NM 509, here you make a left and continue north. When I got home I was very disappointed in my pictures on this trip. They totally failed in relaying the vista’s that I experienced along this route. 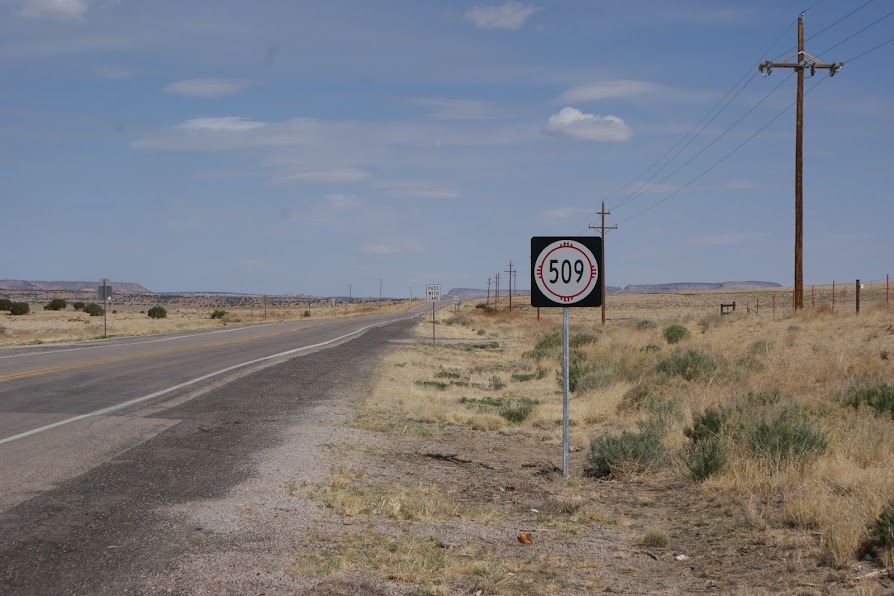 On NM 509 you find a couple of underpass built to take heavy equipment across the road for the mines. 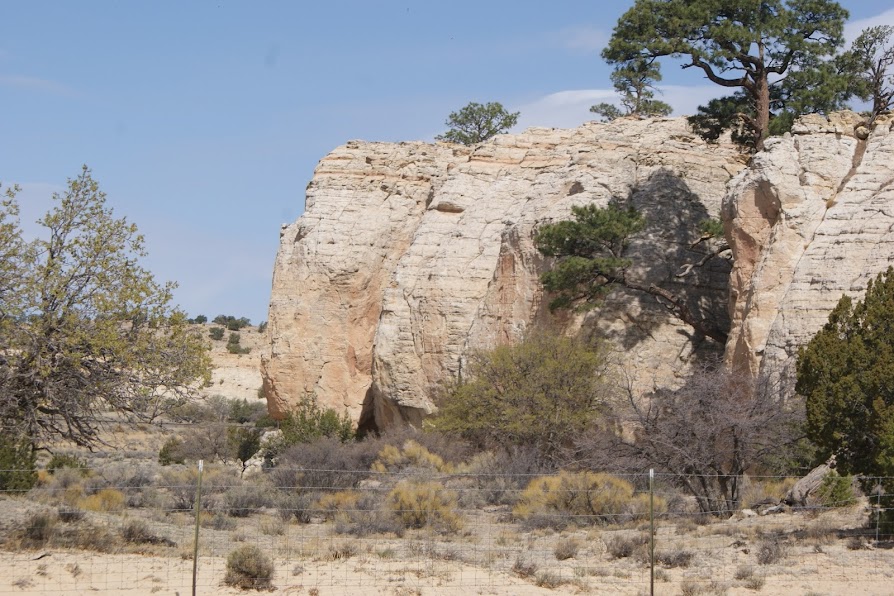 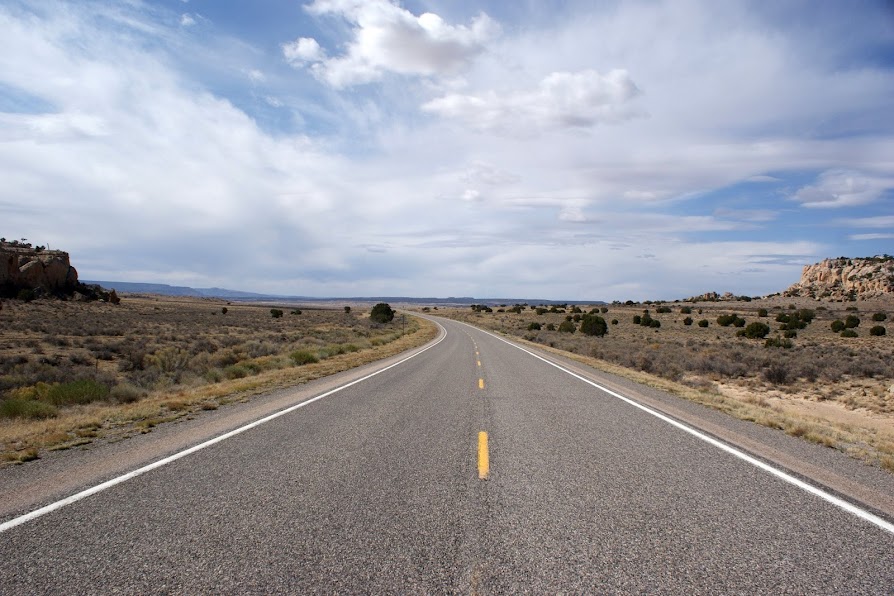 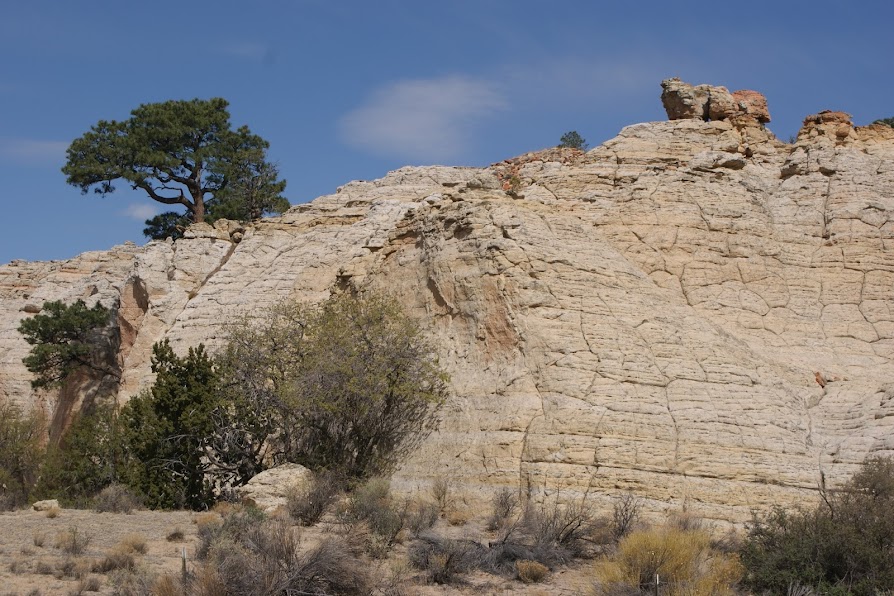 At ISR 9 you take and right for the last leg into Cuba. 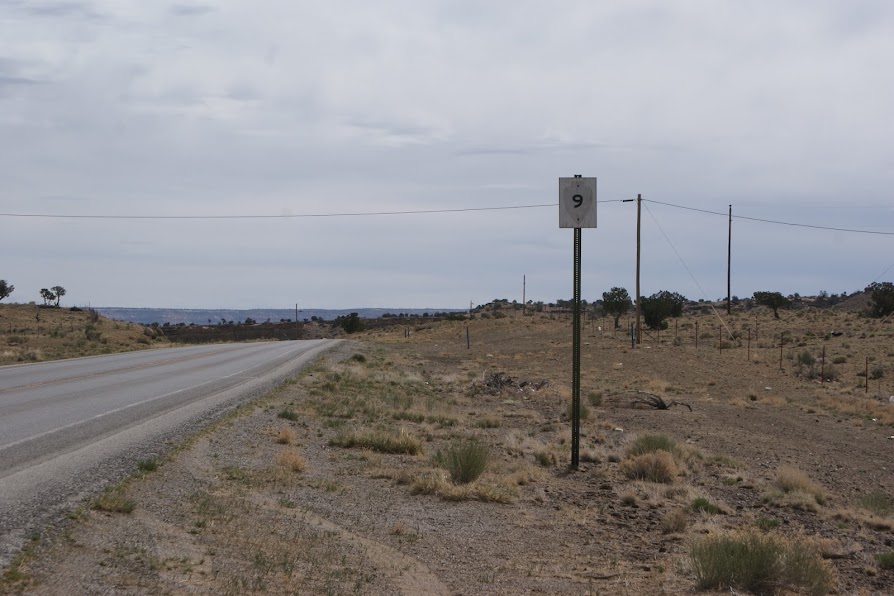 In Cuba I filled up and started south on US 550 for home. This is a great time of year to ride these highways, just before the heat of summertime. The hot sun would take some of the joy out of riding this route. 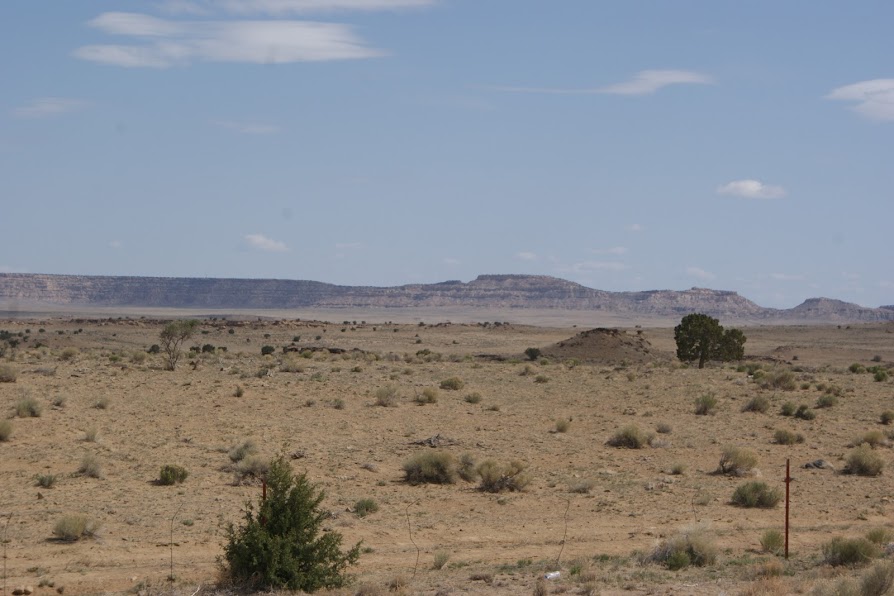 This loop makes a perfect day ride. You get started by 7:00 and you can be home in time for lunch. The roads between Grants and Cuba takes you across land that is still wild and untamed with almost nobody else around.
Category: 251-300, Loop Ride, New Mexico /
« Older Entries
Wordpress Theme by ThemeZee