Ride to Las Vegas and the New Mexico Ride In 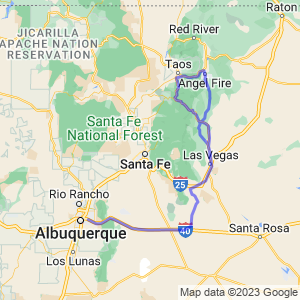 We were planning on riding to Las Vegas Friday after work, but my wife had an event she needed to attend. Also waiting till Saturday gave me a chance to attend my daughters basketball game. We packed Friday night and got an early start on the 2 hour ride to Las Vegas. 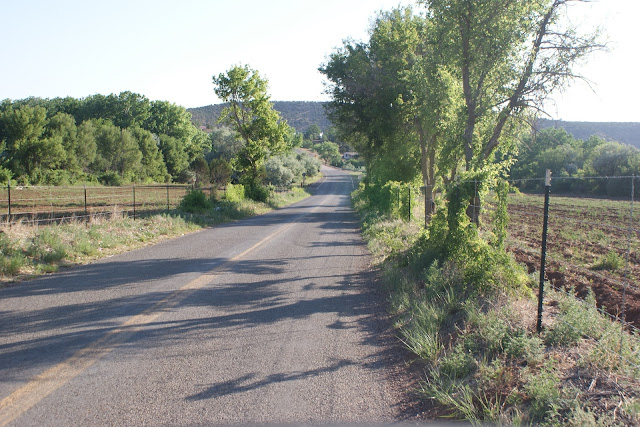 We went east on I-40 and took NM-3 north, it might have been faster to take I-25, but I like this route better. The last ten miles from Villanueva to I-25 weaves along the Pecos river past several small farms and old buildings. 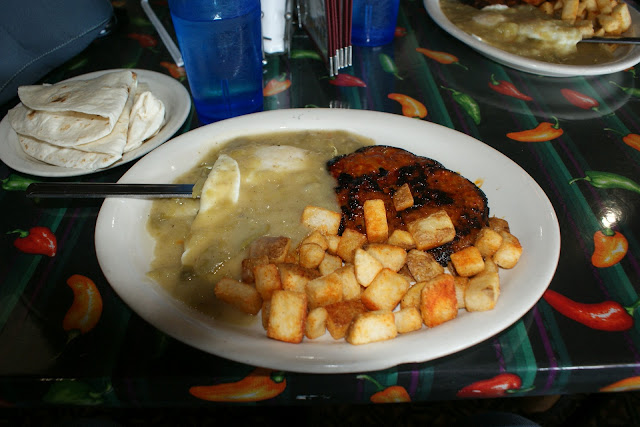 We arrived in Las Vegas by 8:30, giving us an hour before the group ride started so we stopped at Original Johnnie’s Kitchen for a quick breakfast. I had their breakfast special with Chorizo and green chile. 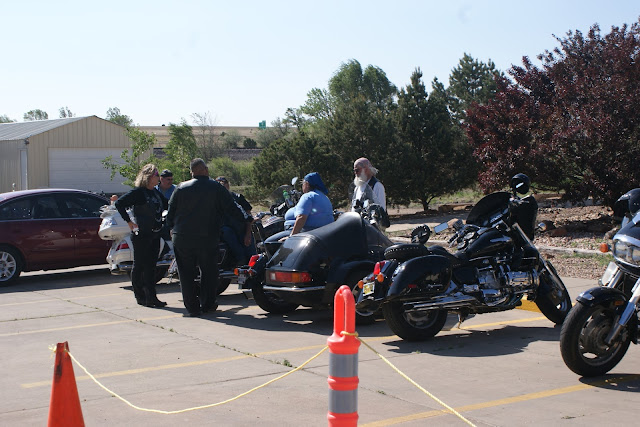 After breakfast we made our way to the hotel, checked in and dropped off our luggage. We still had about 10 minutes before the ride started. 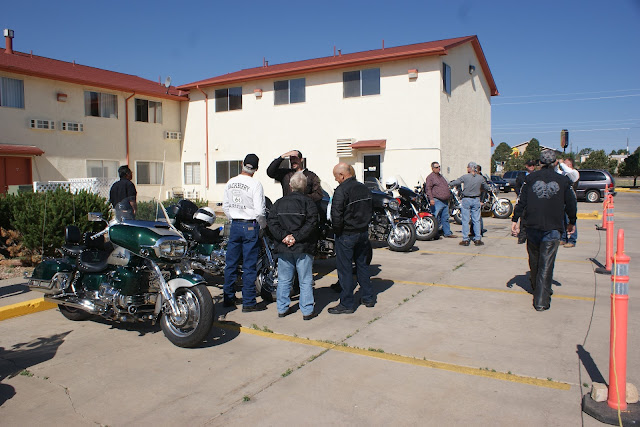 The group rode north on NM-518 to Mora, in Mora we went right on NM-434 for several miles before stopping at Black Lakes for pictures. 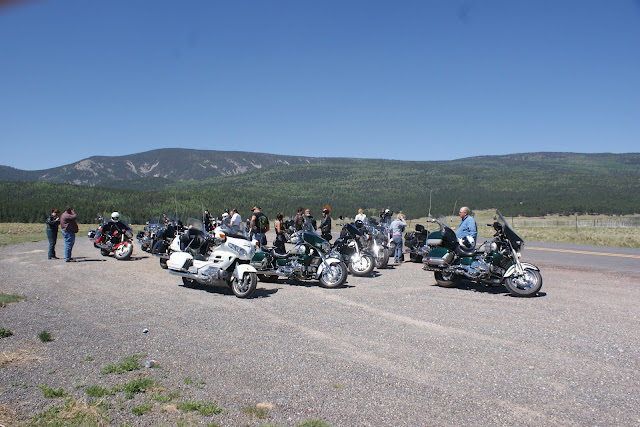 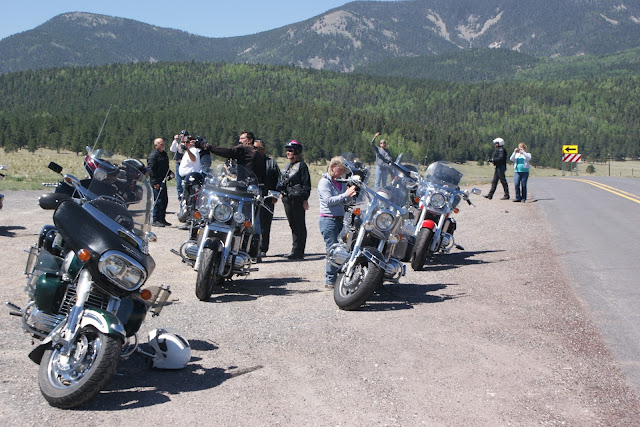 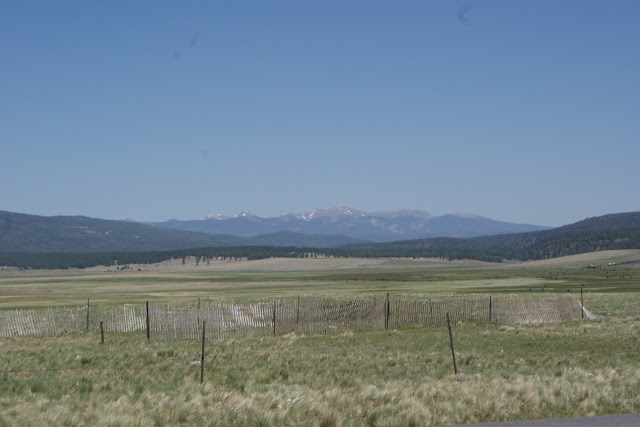 After a pit stop in Angle Fire we rode west on US 64 into Taos and lunch at Guadalajara Grill. 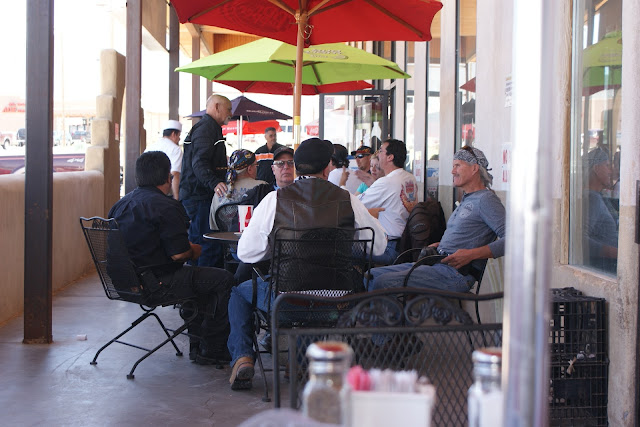 The place was packed and our group took all the tables on the patio. After lunch we started back south on NM-518. 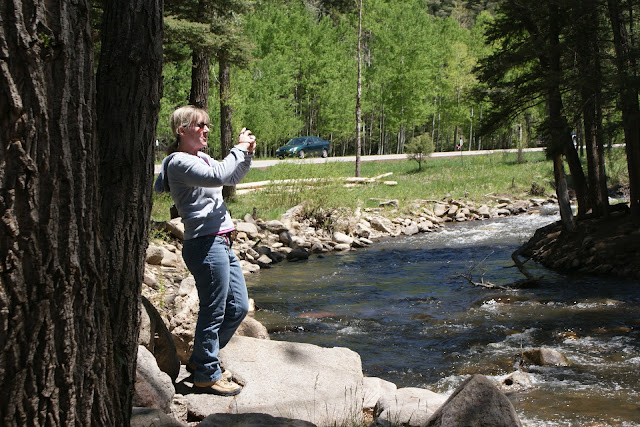 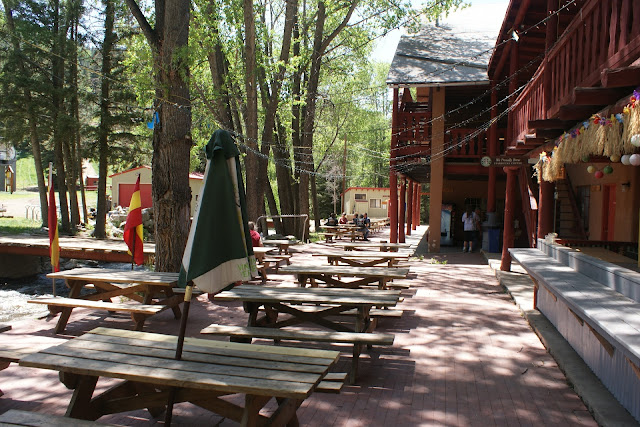 We made a quick stop at Sipapu Ski Resort, the area in the back by the river is very appealing and a outstanding spot to cool off. 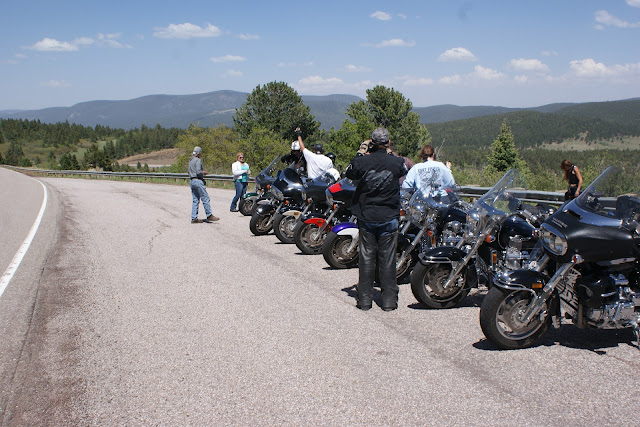 Back in Mora we went right on NM-94, this is one of those road I love to ride. It weaves through several mountain valleys for about 20 miles before taking you back to NM-518 about 10 miles from Las Vegas. 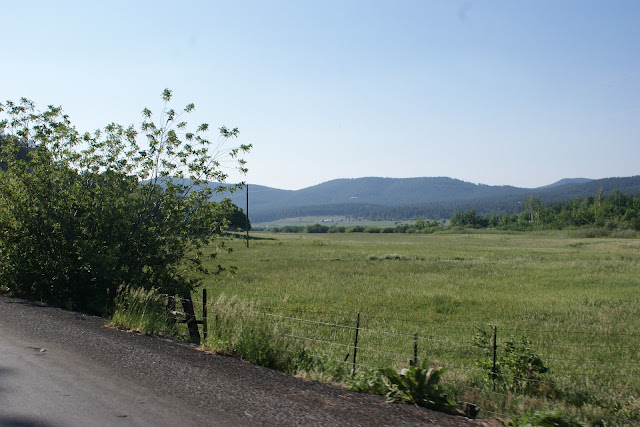 We pealed off from the group in Las Vegas to pick up some supplies for the evening. Back at the hotel while I talked motorcycles and riding in the lobby, my wife crashed after a long day of riding.