Ride to Flagstaff by of Highway 264

Albuquerque to Flagstaff with a stop at NASADesert RATS –393 miles

A couple of weeks ago I got an e-mail from a fellow Valkyrie owner (Jeff). Jeff told me he was passing through Albuquerque on his way to Flagstaff and wanted to know if we could get together for a drink. When I replied, I asked Jeff if he wanted company on the ride to Flagstaff, he thought it was a great idea, setting into motion this ride. 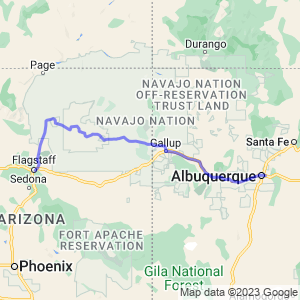 Earlier Jeff had brought his bike on trailer from Houston and stored it at Mike’s house, a friend of Jeff’s that lives in Albuquerque. So on Friday, Jeff flew in from Houston landing at 10:45, Mike picked him up at the airport and at 12:00 we were meeting at the Shell station at Rio Grande and I-40.
The three of us rode out I-40 making a quick stopping in Grants for gas. When we hit Gallup it started to rain and we drove about 20 minutes in a decent down pour. 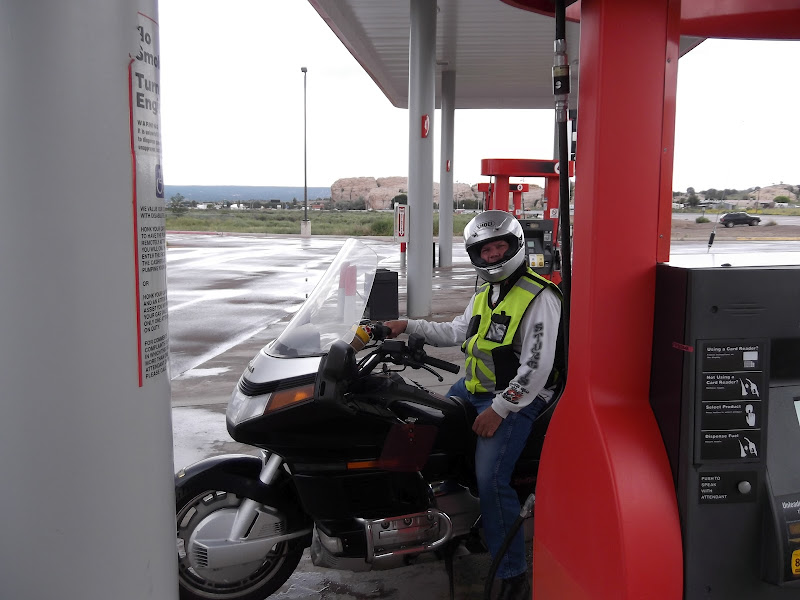 Because we needed to start with a full tank before crossing highway 264 (155 miles), Window Rock was our next fill up. After filling up in Window Rock it stopped raining, but it remained cloudy. 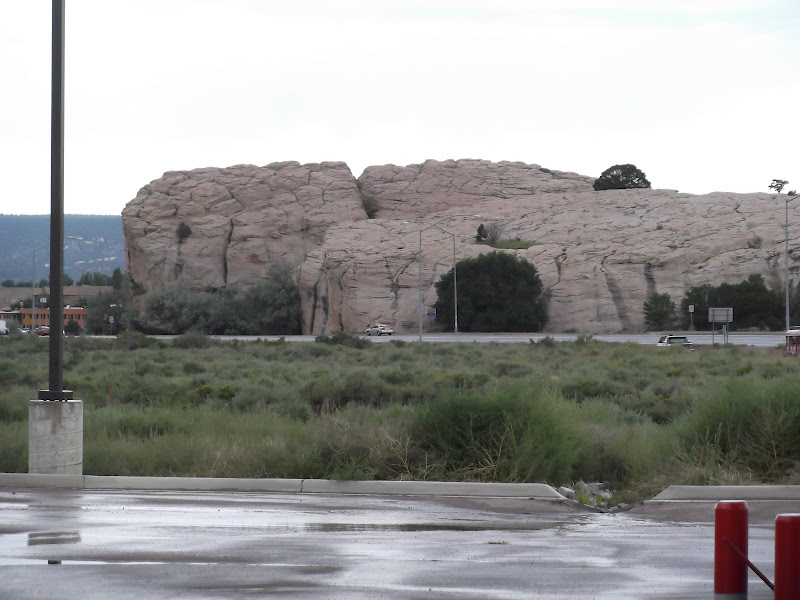 The clouds really helped keep the heat down, making the ride very enjoyable.
We passed through some pine forest and then out onto a desert plain. 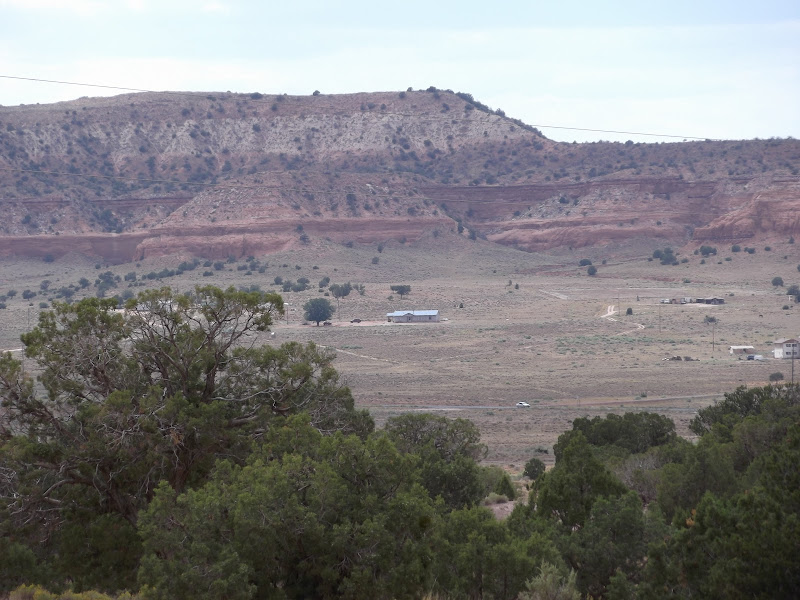 The vista and open space really make this road worth riding. 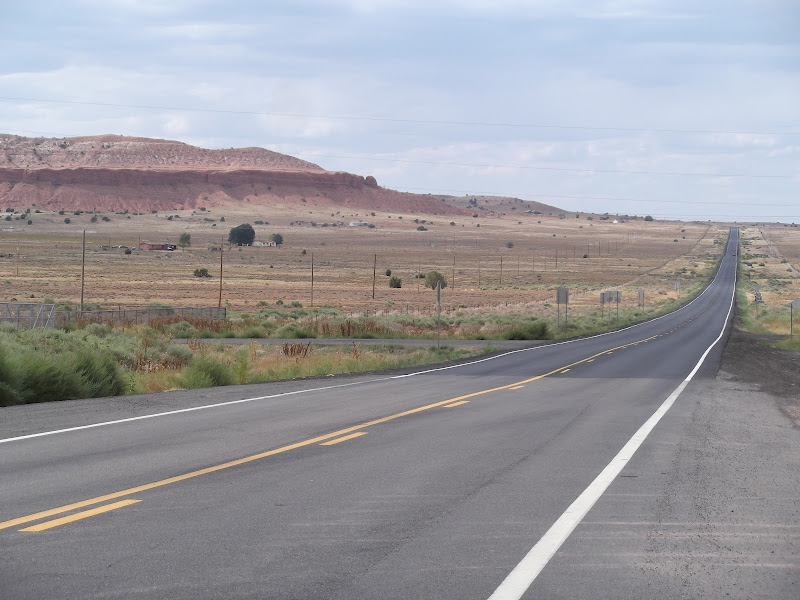 When you get to Keams Canyon, you bank around curve and then you drop right into the canyon. 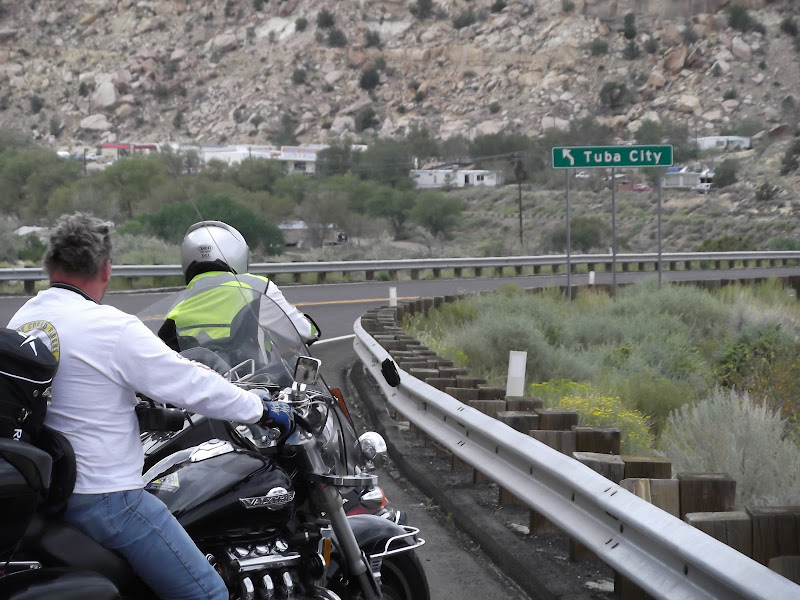 We stopped to fill up in Keams Canyon and it was a good thing we did, because the next station was 70 miles down the road. Google showed two more stations, but one was closed and the other had no pumps. 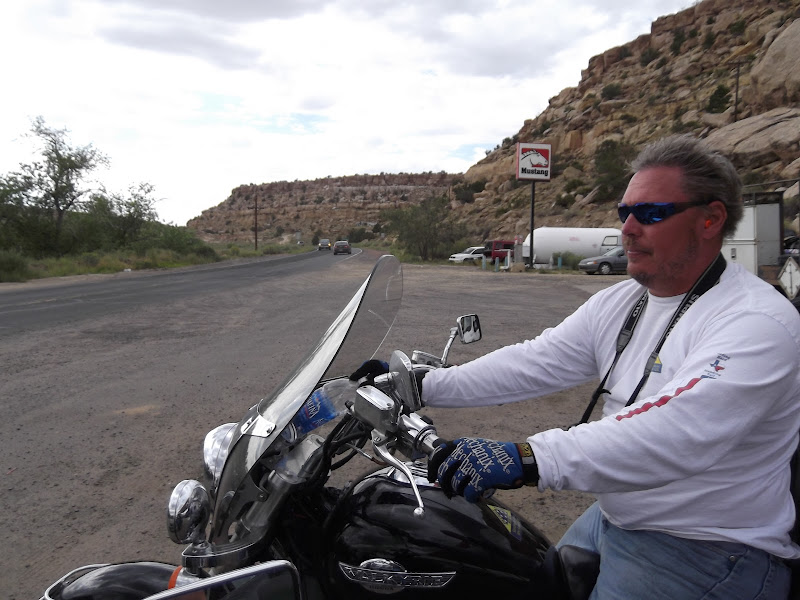 After Keams Canyon, we climbed out of, and dropped down into a couple canyons, each with a view that made me shake my head and say “Wow”. 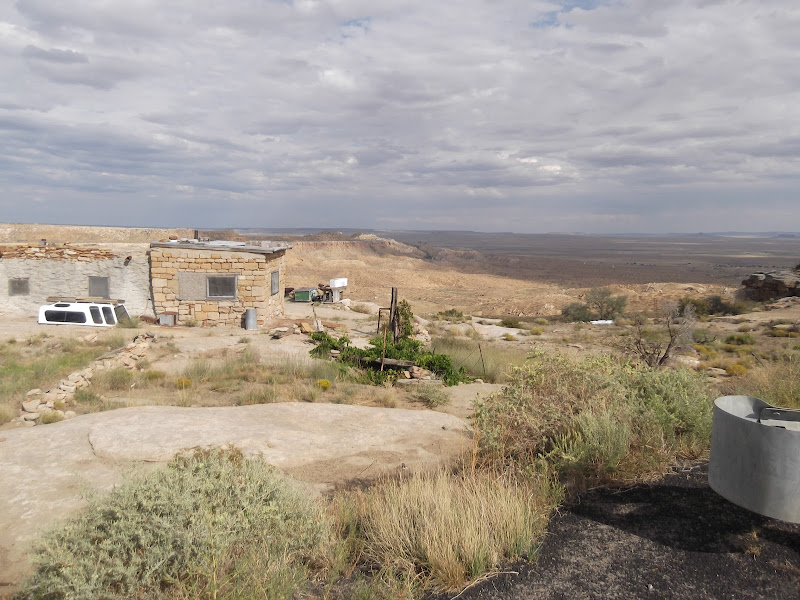 In some places you would see these stone homes built right on the edge of the canyons. The logistics of building at the edge of these canyons wouldn’t be very great, yet they did it.  The only advantage I could see was a spectacular sight to greet each day. 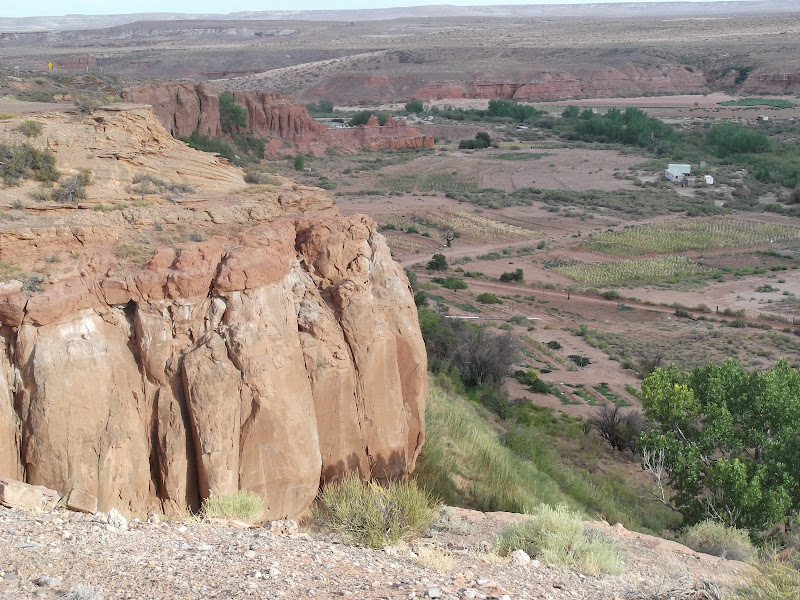 We filled up in Tuba City and caught 160 west till it hit 89. Then we headed south on 89 for about 36 miles, turning left onto a dirt road that took us to Desert RATS. Jeff works for NASA and he was coming to Flagstaff to work at RATS. For more information here is their web address. http://www.nasa.gov/exploration/analogs/desertrats/index.html 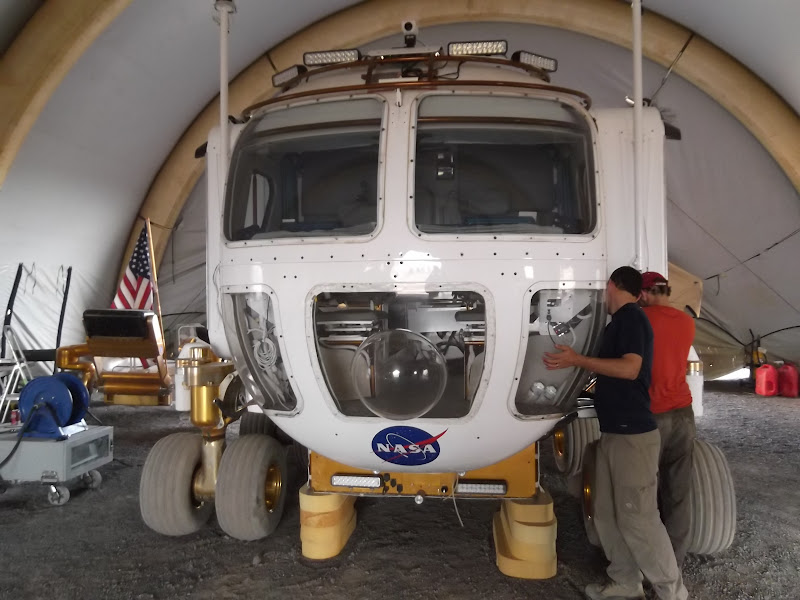 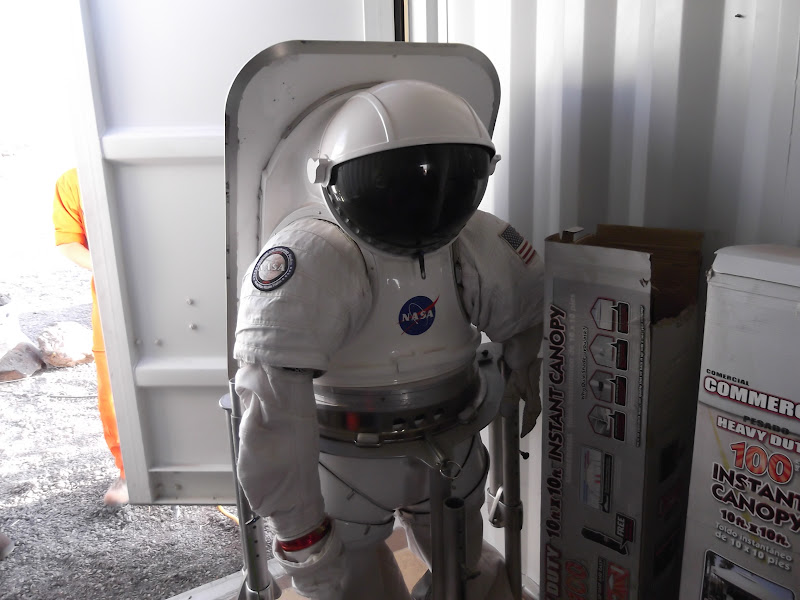 We spent the next couple of hours getting a tour of the RATS site. The people working at this site are trying to take man places still only dreamed about. It was fun seeing the rover and the equipment they were testing. But the real treat was meeting and seeing these people at work. Experiencing their excitement and enthusiasm for their work was a special treat that I will always remember. 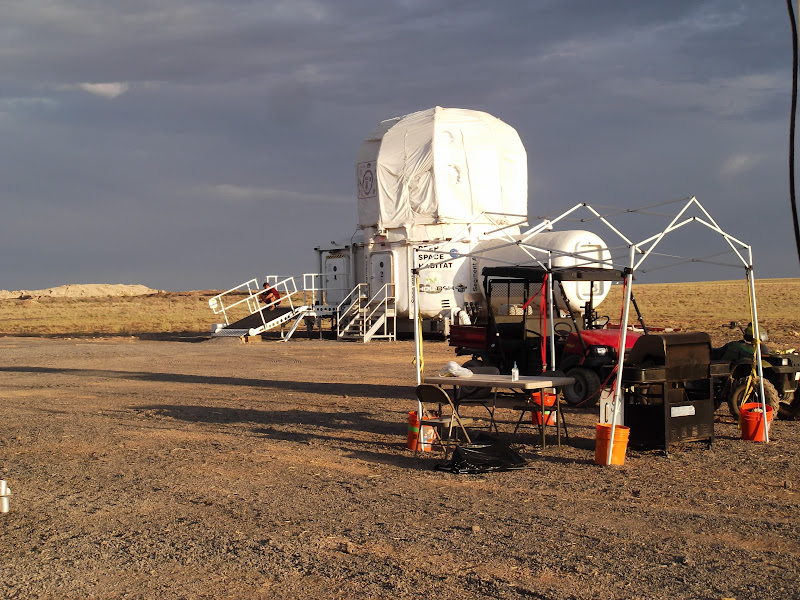 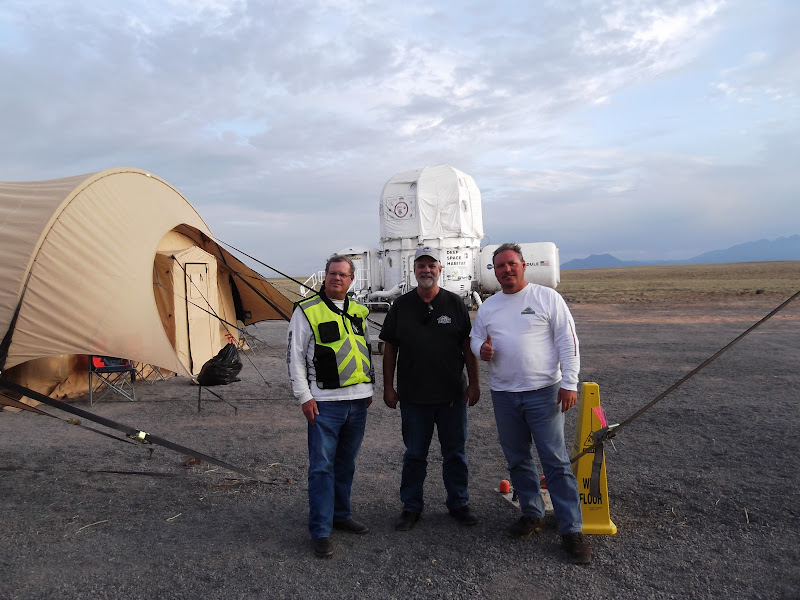 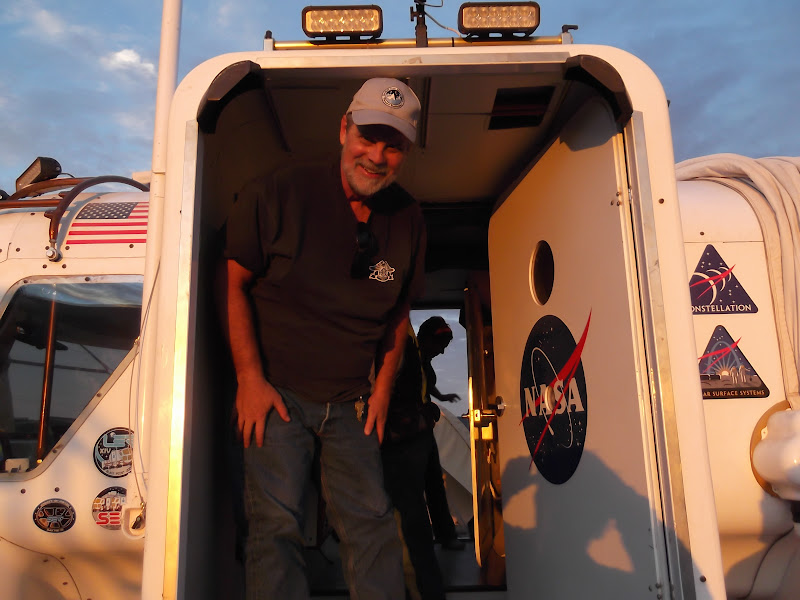 As the sun was setting we left RATS and headed back to 89 and rode the 40 miles to Flagstaff in the dark. We stopped at a small restaurant and had dinner. We sat talking for a couple of hours and killed several pitchers of water. It was nice talking about our ride and reliving our adventure. When dinner was over three guys that were strangers when the day started, where now friends with a shared experience.
After dinner, we went our separate ways, the ride was over.
Jeff and Mike, thanks it was a blast.
Category: 301-400, Arizona, New Mexico, Point to Point Ride /