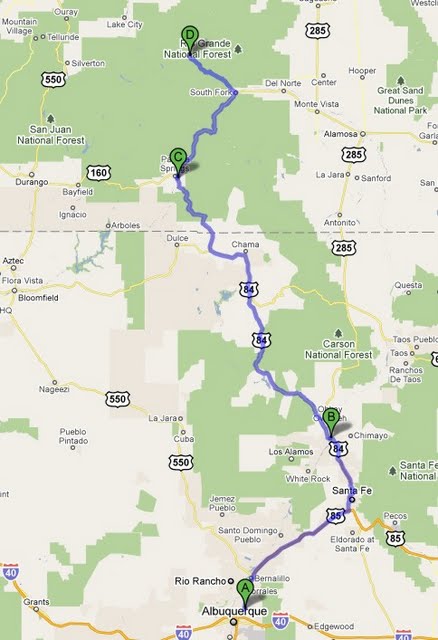 Packed up and hit the road before 7:00. It was still cool, but the sun was in my face all the way to Santa Fe. Took Interstate 25 and 599 bypass to miss Santa Fe to 285. The first part of this ride was just about getting to Espanola.We stopped at Espanoia for gas, then  went to Angelina’s for breakfast. Had the breakfast enchilada with bacon. The breakfast at Angelina’s is good, it has been every time I’ve stopped in. 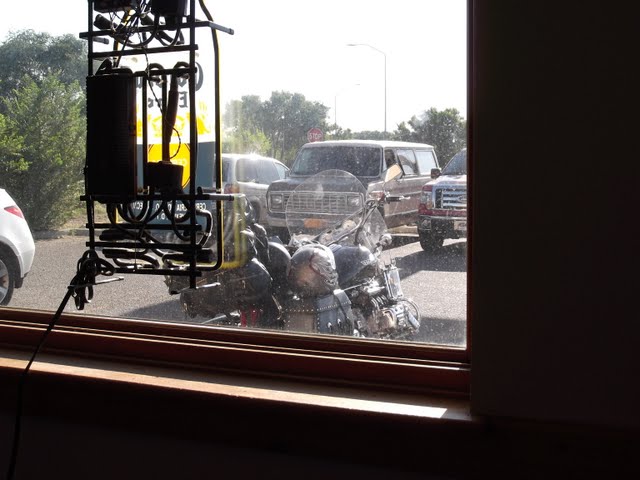 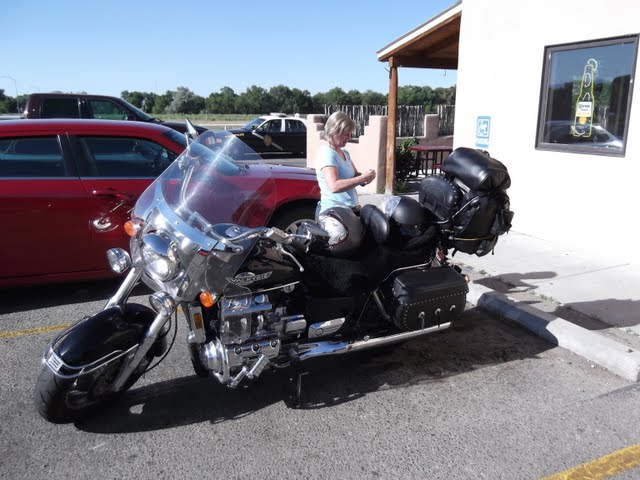 Headed out 84 with a small detour and stop at Abiquiu lake. It was only a couple of miles out of the way. 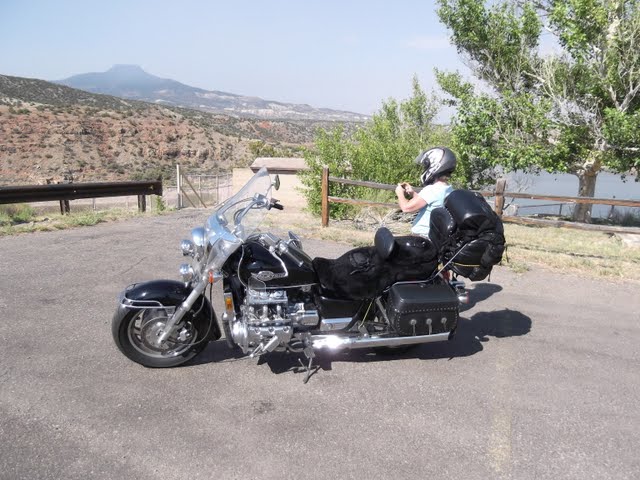 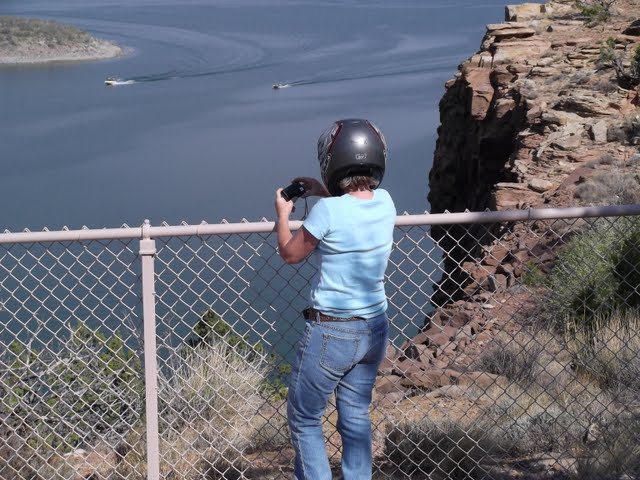 Then off to Chama, where we stopped for gas, it was a quick stop. The view from Chama to Creede was spectacular.
Just before you get to Paposa Springs you turn right onto 160 to South Fork.
The ride takes you over Wolf Creek Pass, it was cold at the pass with snow still on the peaks.
This road has the tunnel that was used in Stargate as the entrance to their underground base.
In South Fork you you take a left to 149 and around 20 miles to Creede.
Got to Creede around 1:00. We stayed at the Snowshoe, it was small, but the rooms were nice and clean.  Walked from the hotel to the downtown and went to the Mining Museum, it was raining as we walked over. Enjoyed the tour, learned a lot about early mining–it was a tough job. 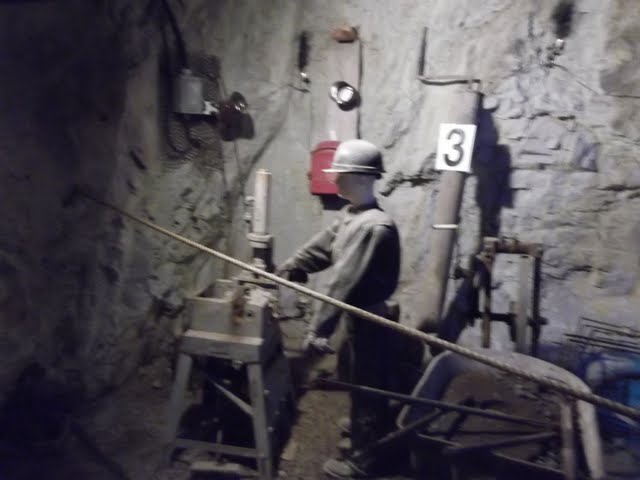 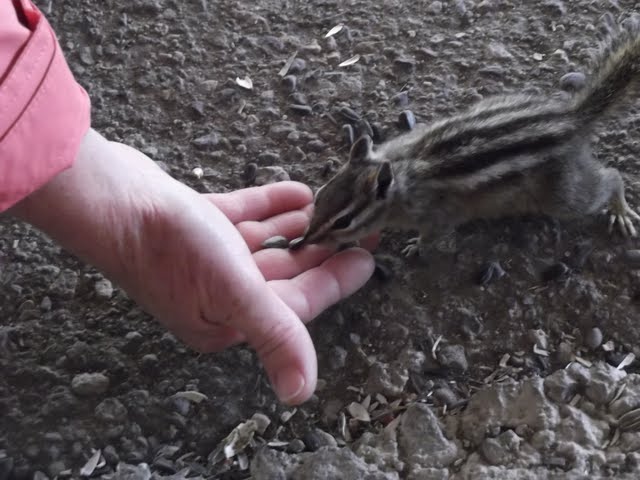 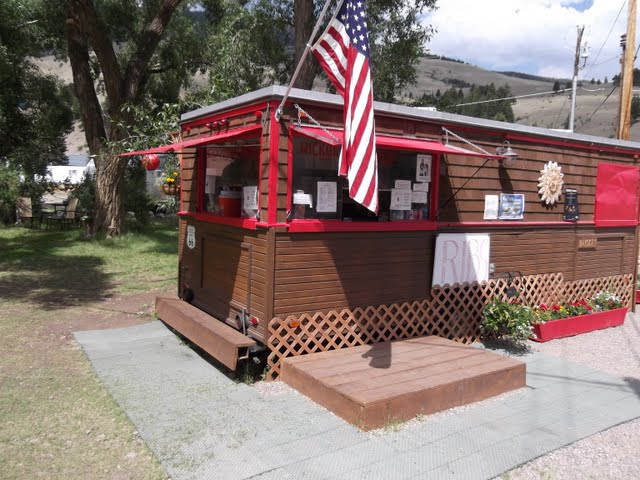 Then we walked to a small BBQ stand and had polish sausage sandwiches.
Walked back to the hotel and got the bike, went to the only gas station for 20 miles and filled up with gas. 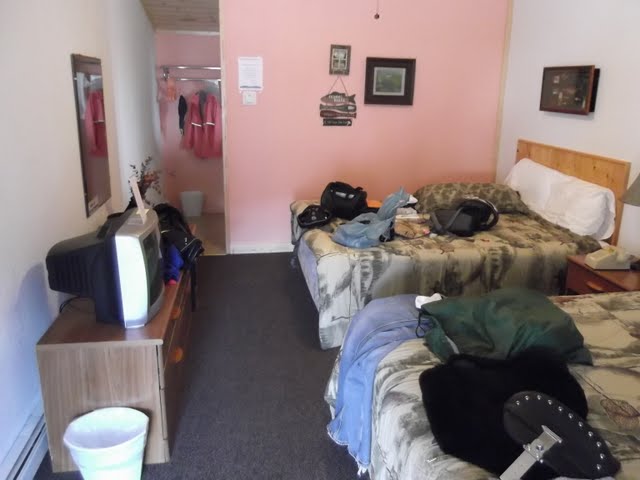 It took some time. Got back to the hotel and walked to a bar that was down the street. Had a couple of drinks and some chips and salsa. Went back to the room and called it a night. 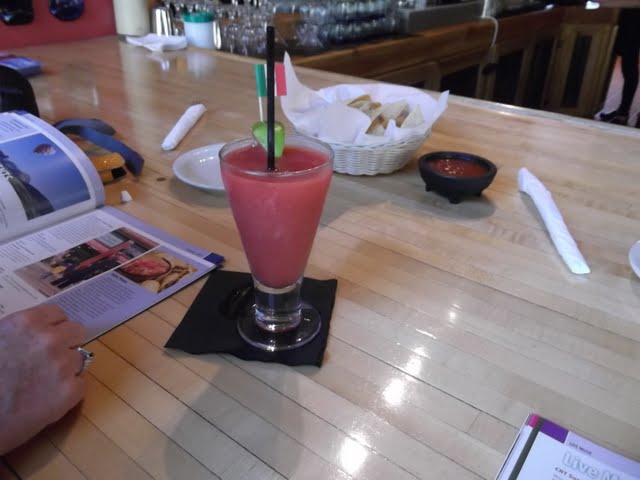