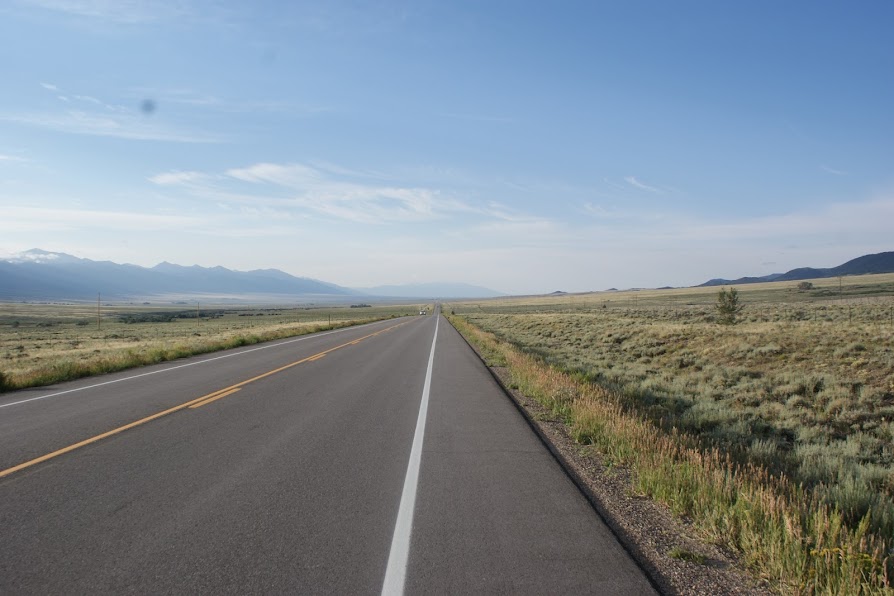 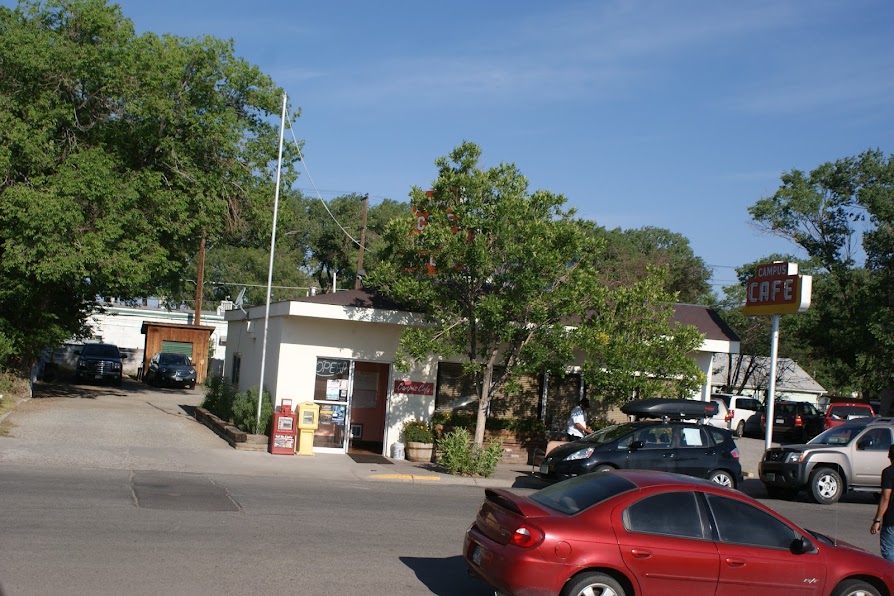 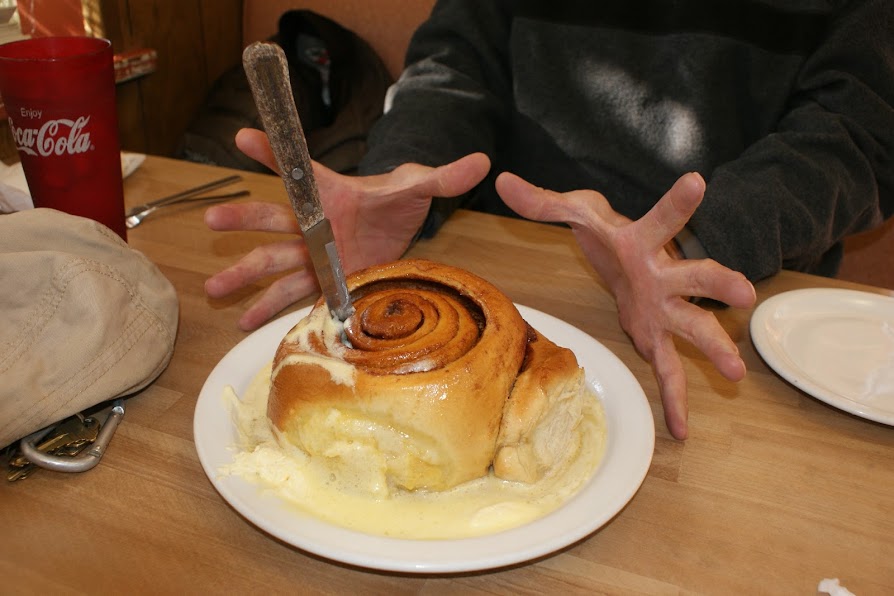 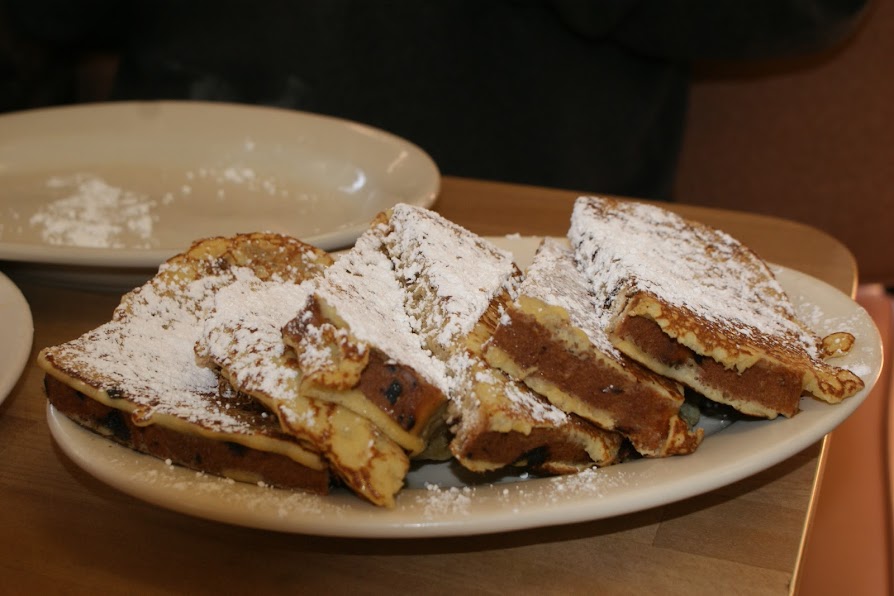 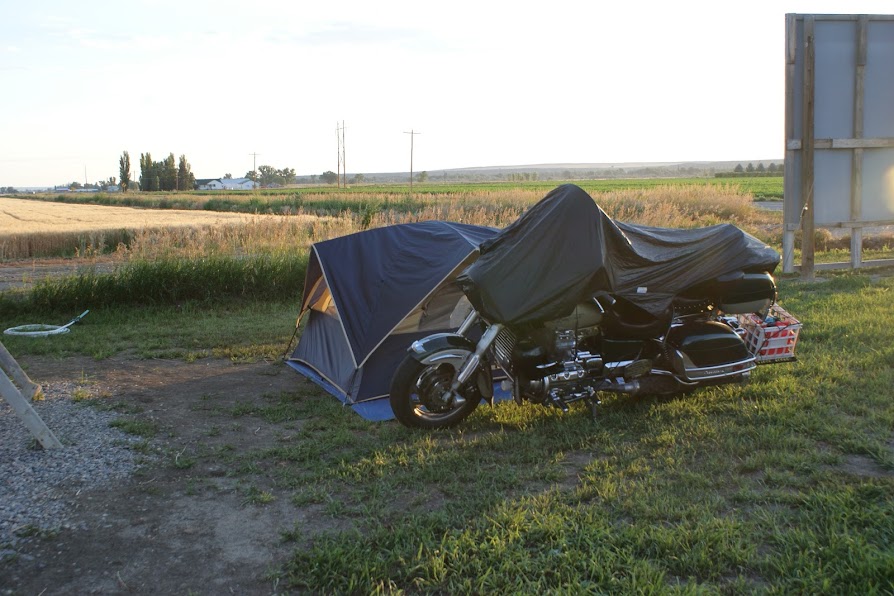 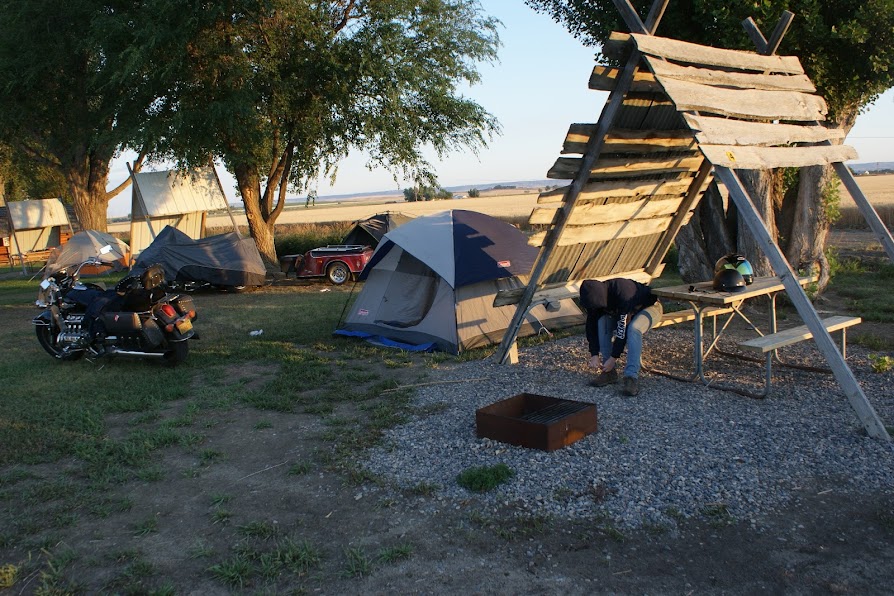 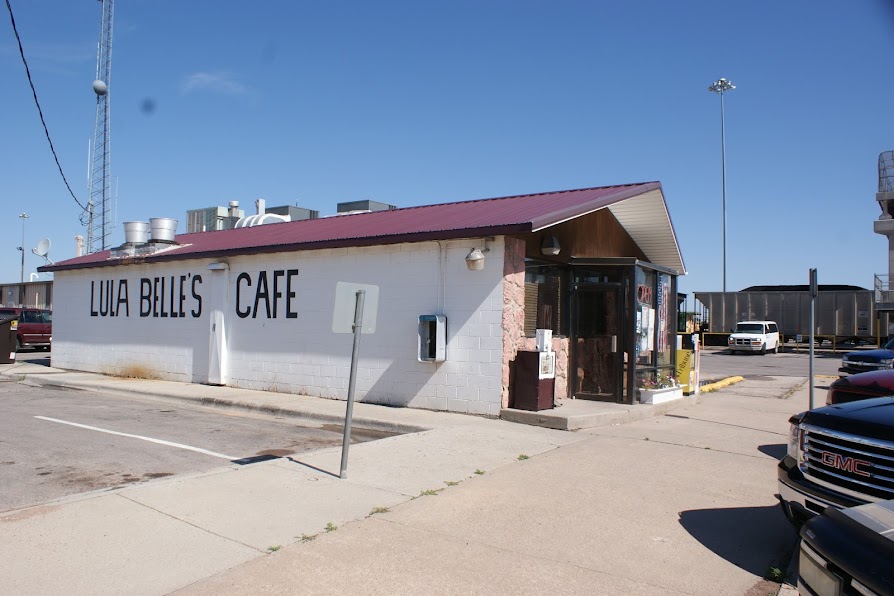 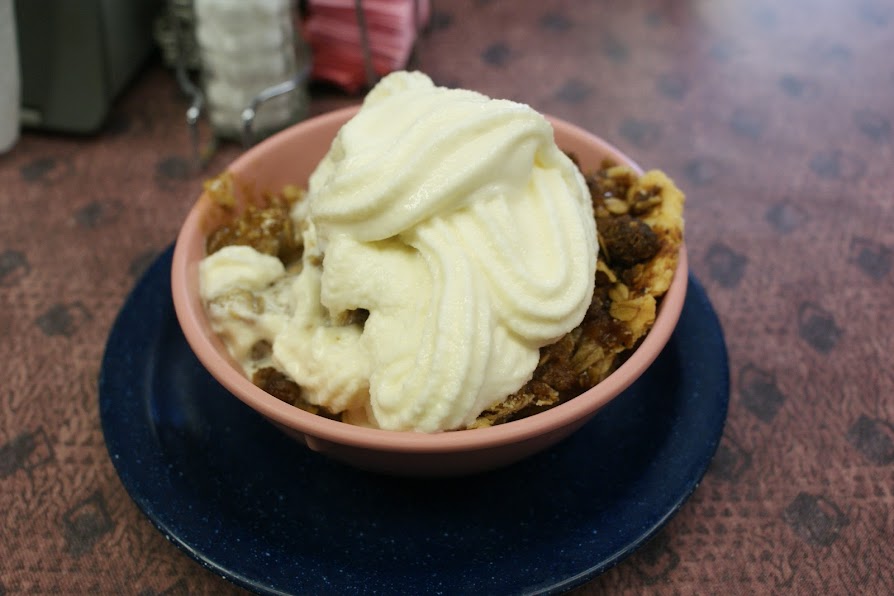 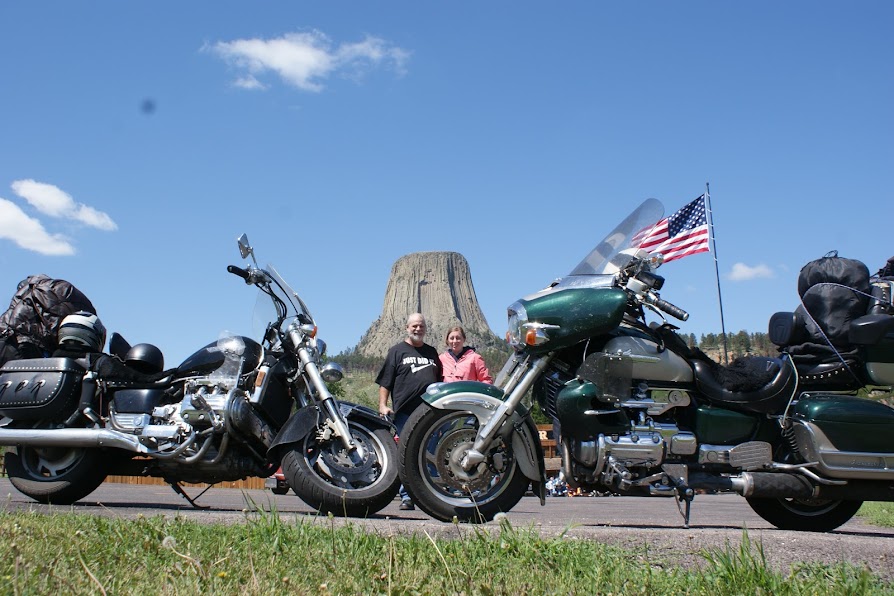 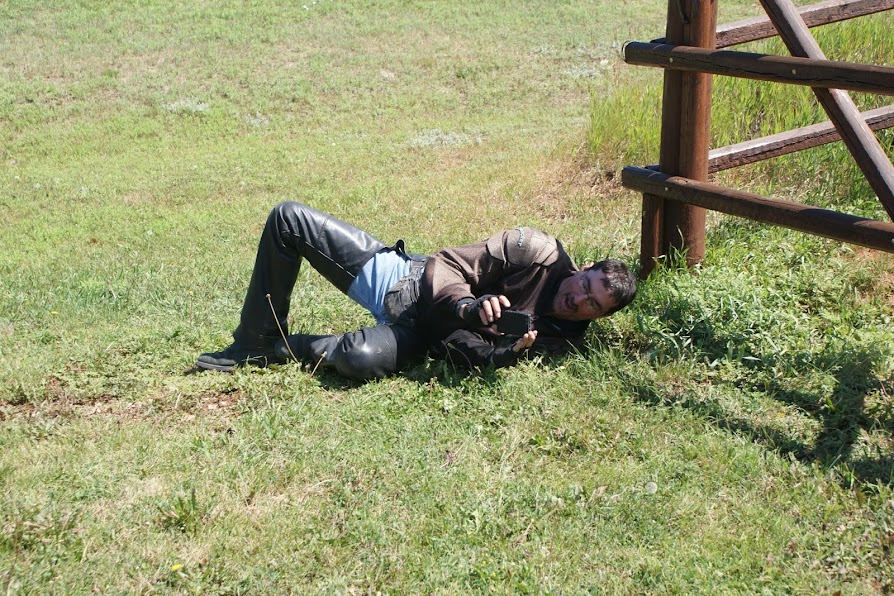 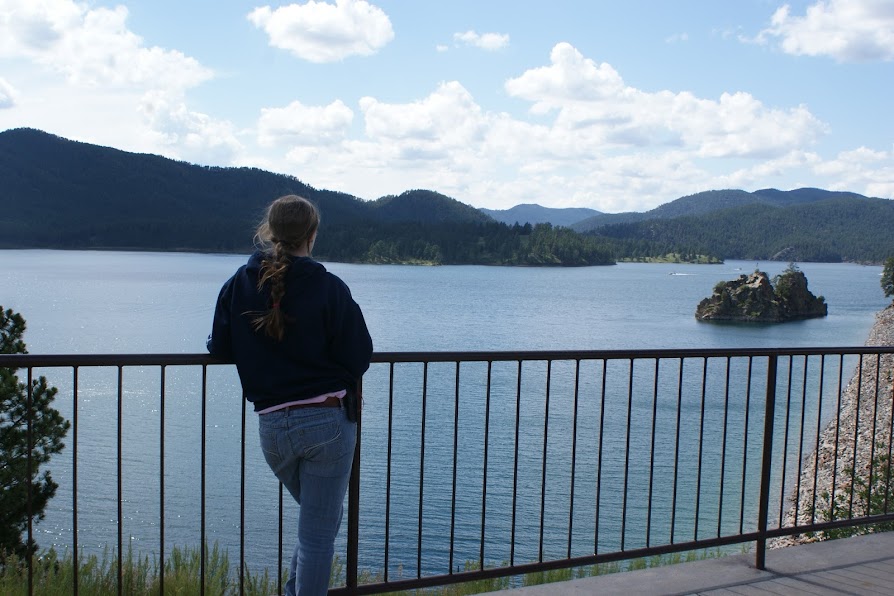 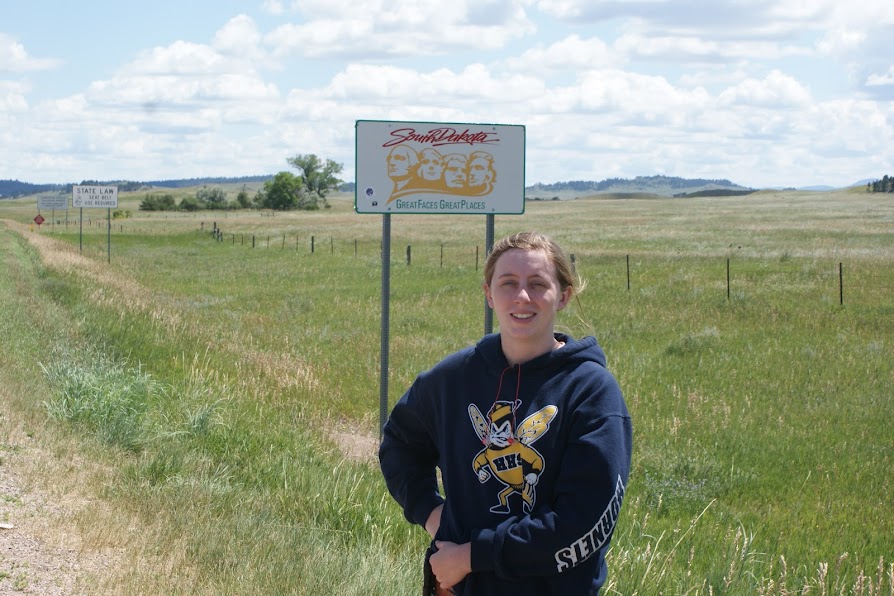 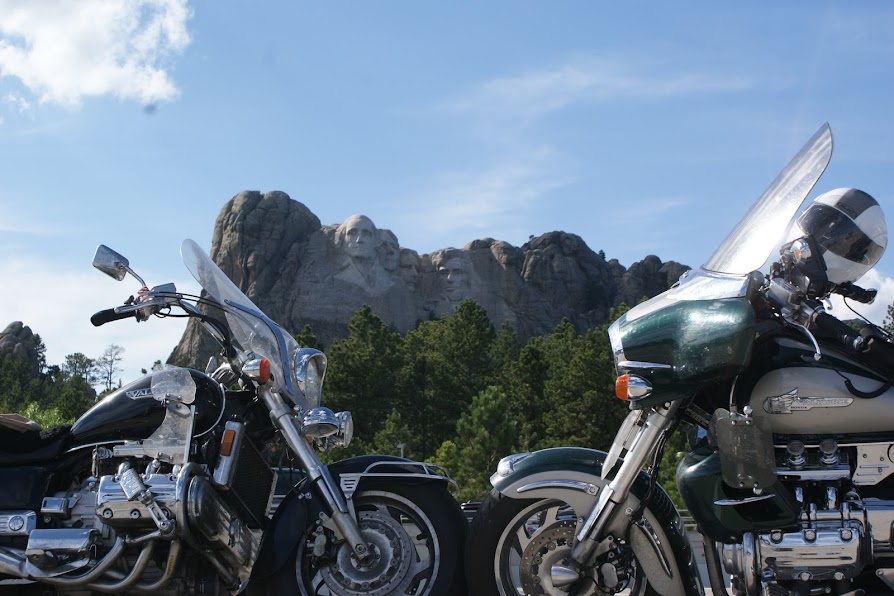 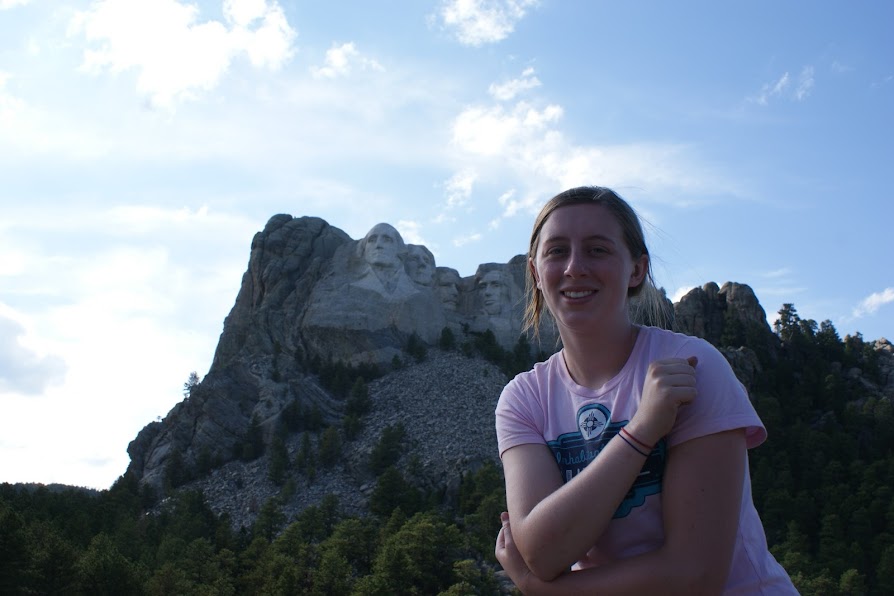 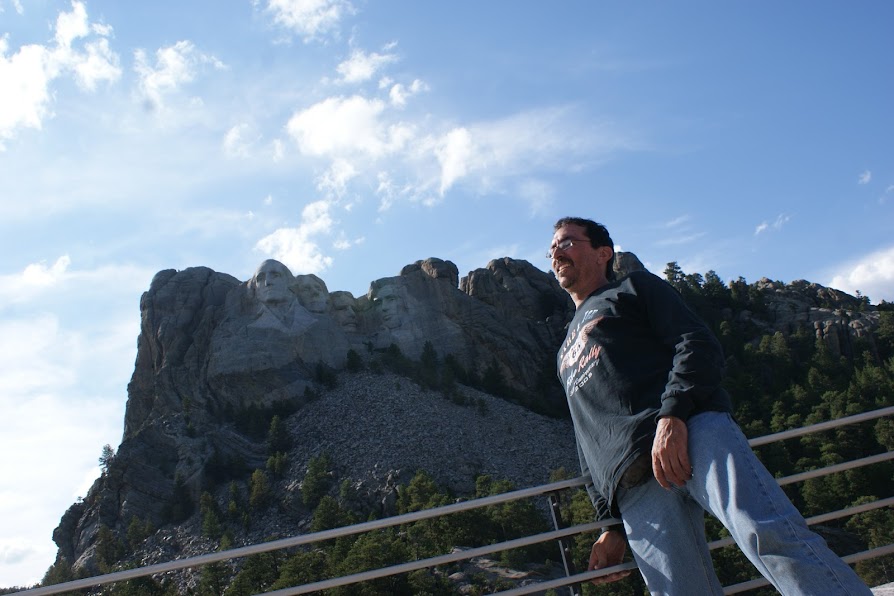 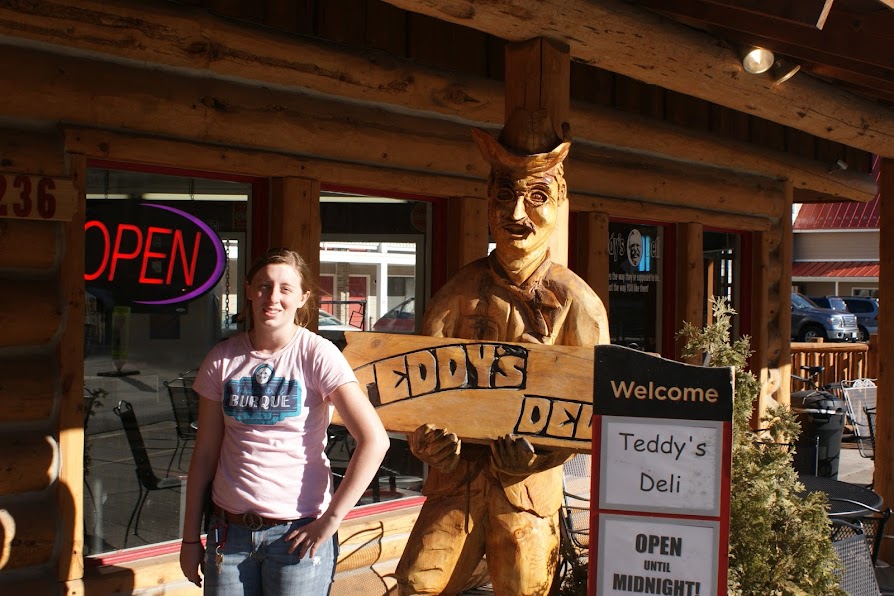 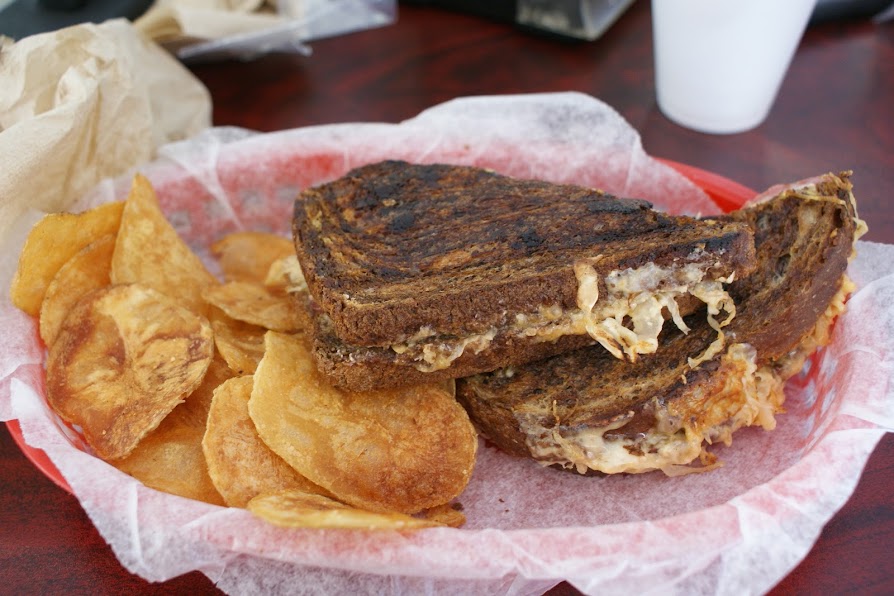 The ride was 293 miles with about 5 hours of ride time.

About 3:00 in the morning a loud horn started blowing, at first I thought it was a car alarm, but it was too loud. Just as my ears starting really hurting it stopped, never found out what was causing it. We slept in till almost 7:00 giving us a later start than normal, but today is a short ride. 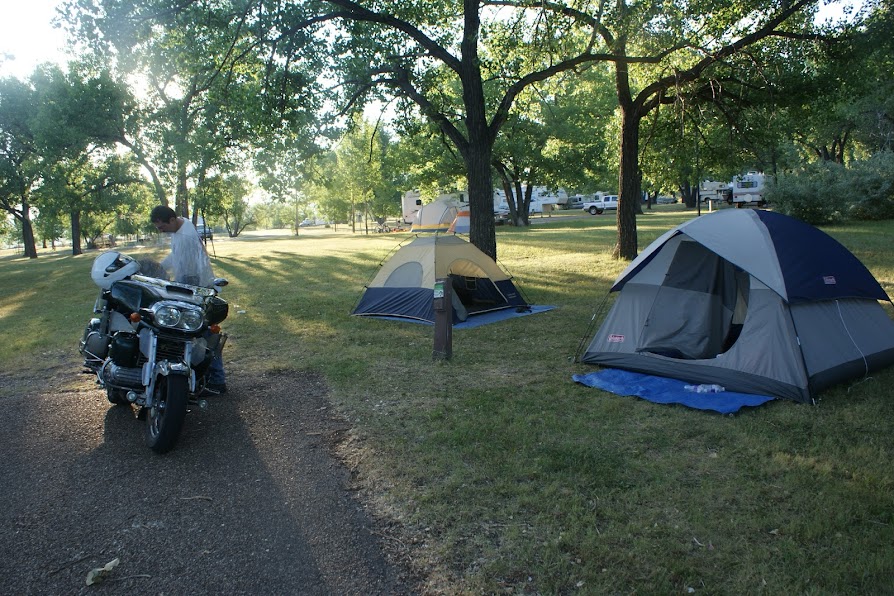 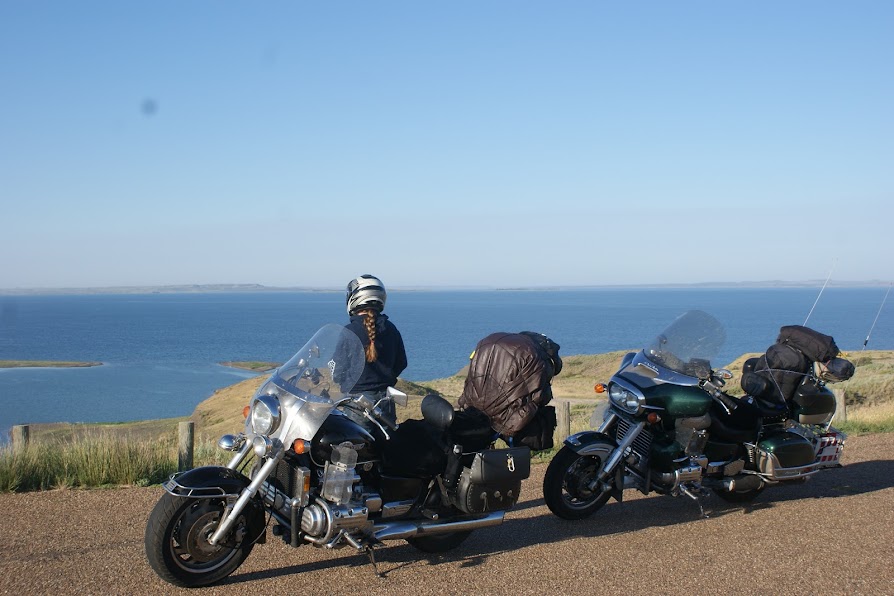 Our first stop was Terry MT, it was a 123 miles out and the first gas on our route. After filling up we went to the Dizzy Dinner for breakfast. My daughter had a small man and I had a middle man breakfast. The furniture in the dinner was from the 40’s or 50’s and Chuck found it fascinating. 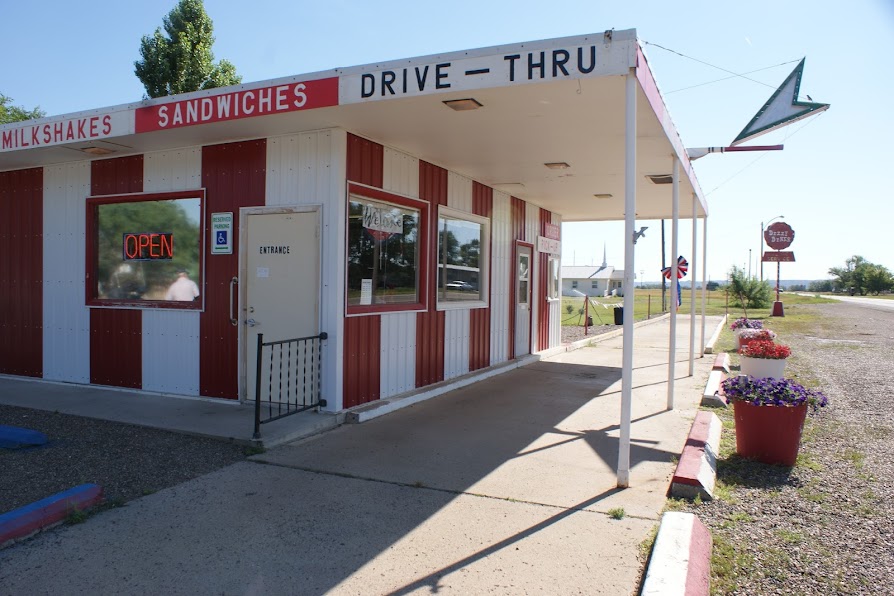 Then we rode to Miles City and made a stop at Walmart, to do a little shopping, we got things like sunscreen, bug spray, quick food for snacks and a air pump that plugs into a cigarette lighter. 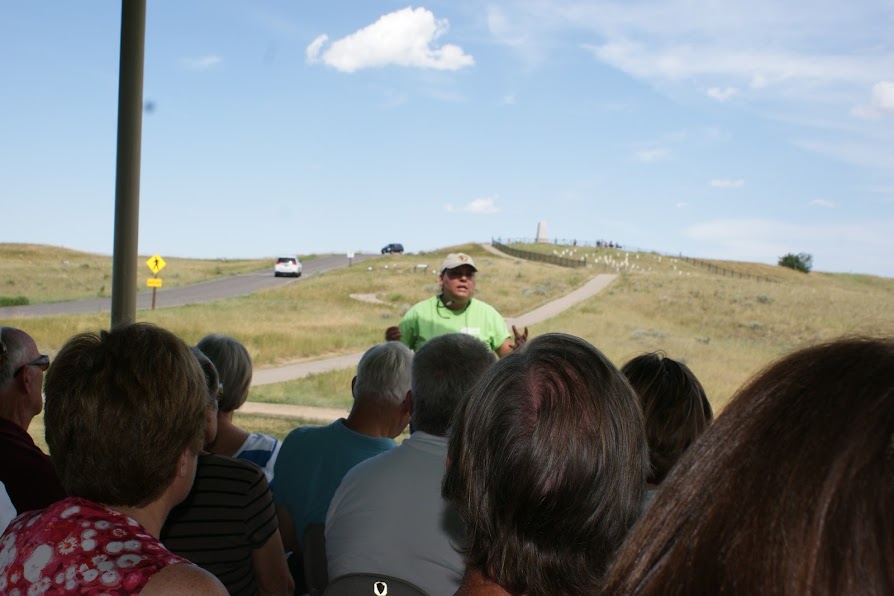 From Miles City it was 120 miles to Hardin our next camping spot. We checked in and dropped off our gear. Then we went to see Little Bighorn battlefield. 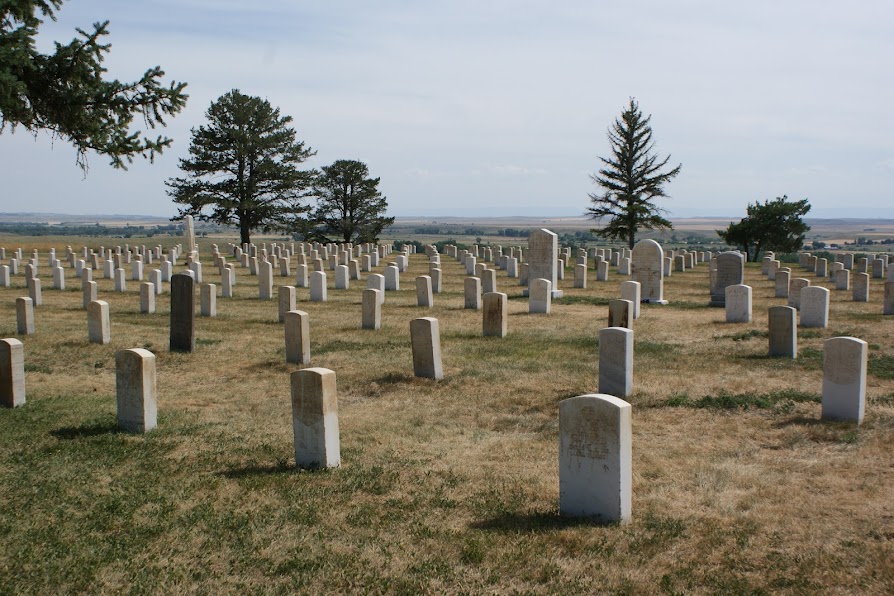 At Little Bighorn we listened to a talk about the battle, then we toured the museum. We rode out to the hill where Reno fought, I was surprised at how far away it was from where Custer died. 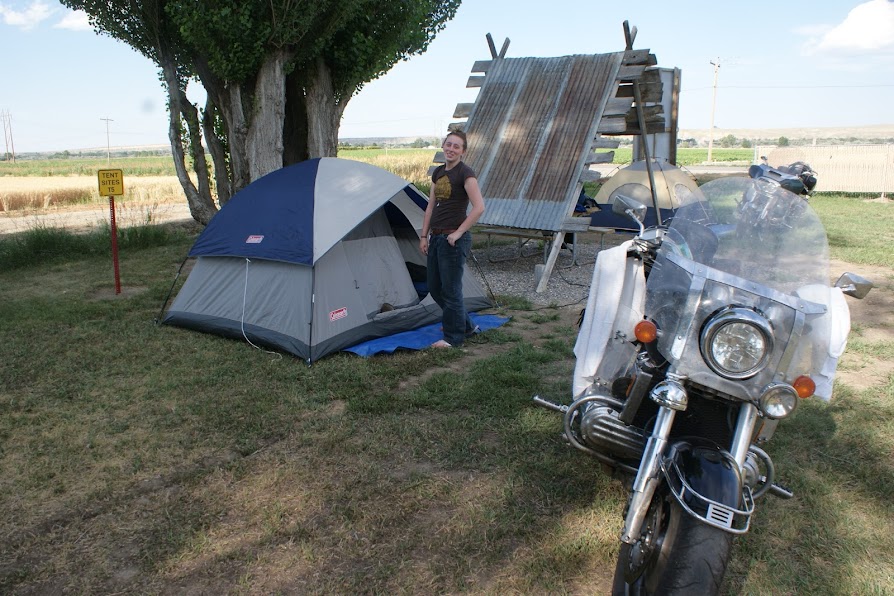 We got back to the Hardin KOA and rested. This park had great facilities and we took advantage of them. The owners of the park let us hang out in the rec room where we ordered in a pizza for dinner and relaxed. After dinner we attended an Ice Cream Social they held by the pool for a local charity.