This is the first day of a four day trip.

To see the  second day, third day or forth day click the link.

The ride was 400 miles with about 7 hours ride time 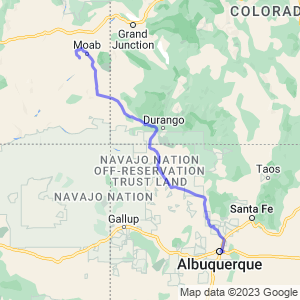 This trip is going to be 4 days and 3 nights of riding the roads of southern Utah. I’m taking this ride with a group that has ridden together for many years and has lots of experience.

There were eight riders going on the trip. We started the day’s ride at 6:30 with six of us  -Chuck, Mike, Billy, Fred, Andy and myself, then Steve joined us on US 550 and Dave in Moab after getting a late start. 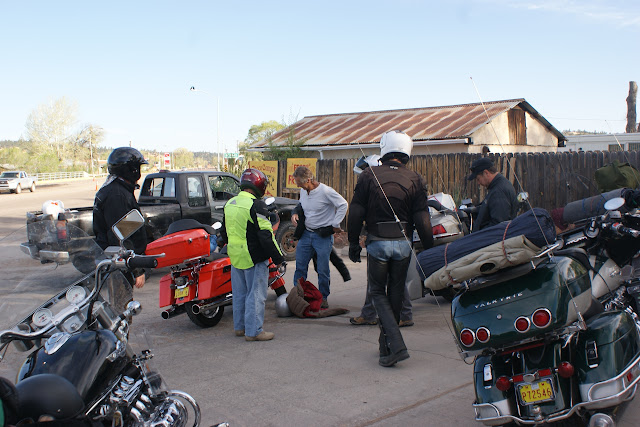 Our first stop was in Cuba for gas, then we rode on to Bloomfield for breakfast at Sonya’s.

For breakfast I had the ham and eggs, the slice of ham was thick and it filled my plate. 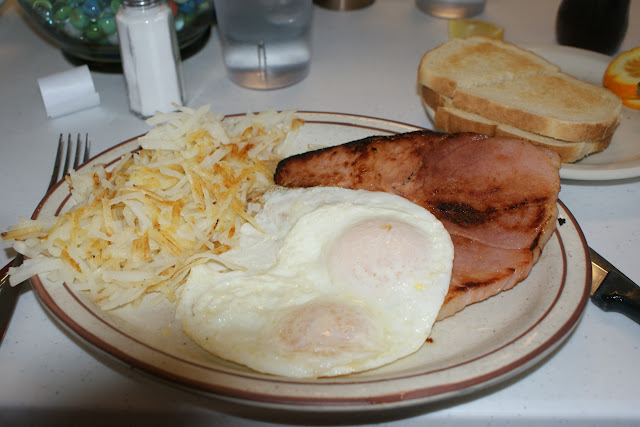 As the day was starting to heat up, I removed my jacket and used a bungee cord to lash it to my bike. The wind caught my jacket and it flew off, making me stop and reattach it. 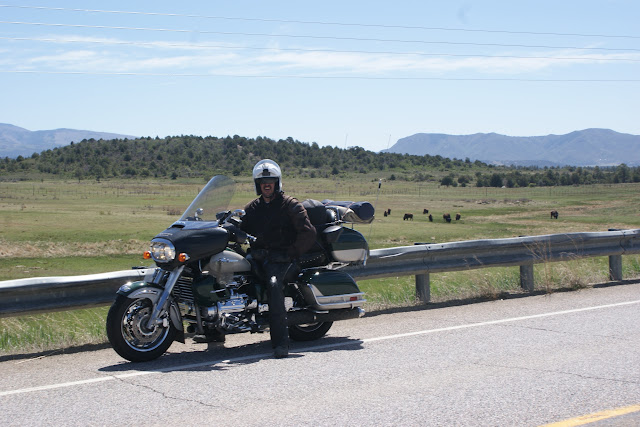 As we rode north into Colorado on Co 140, there were several spectacular views of the rocky mountains, in one pasture we found a herd of Buffalo. 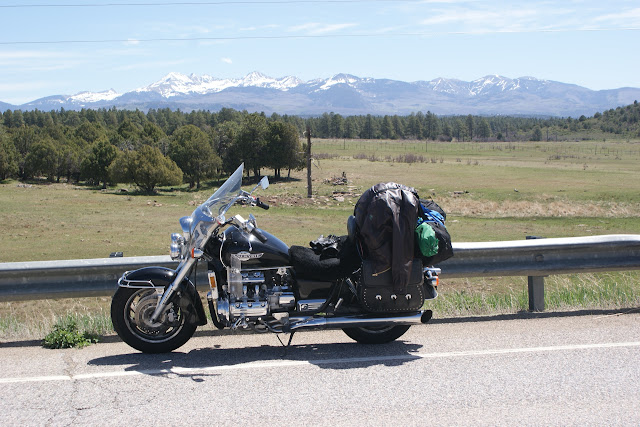 We paused for gas in Monticello before making our next push into Moab. In Moab we stopped at the City Market to get food for our dinner at Dead Horse Point.  We waited in the parking lot for Dave to arrive, he had made good time after his late start. 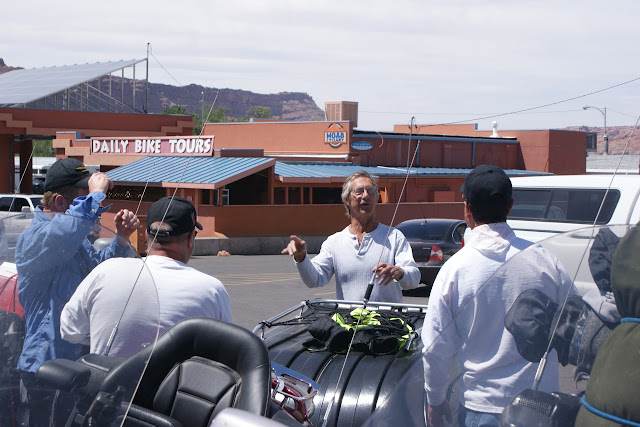 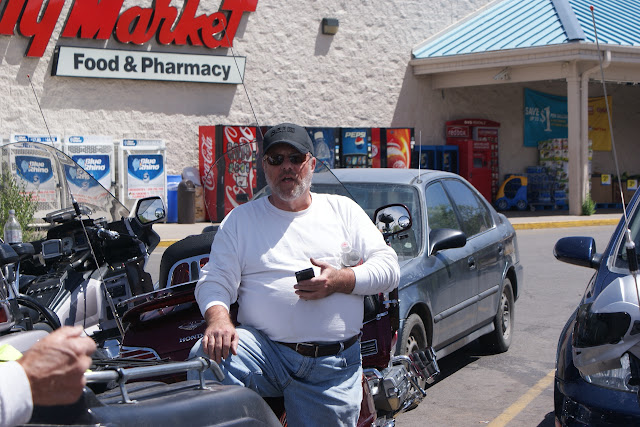 We left Moab and rode about 25 miles to the Dead Horse Point Camp Grounds. 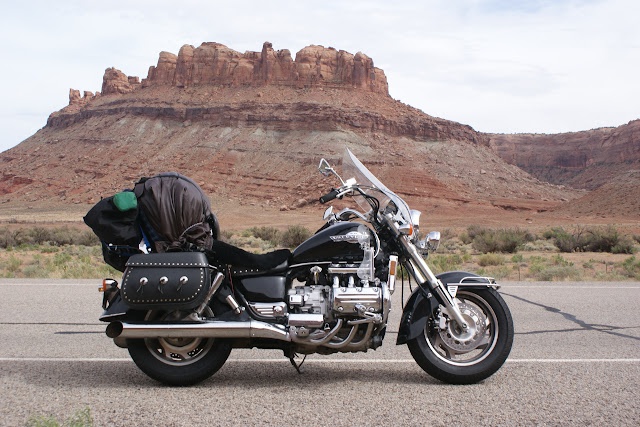 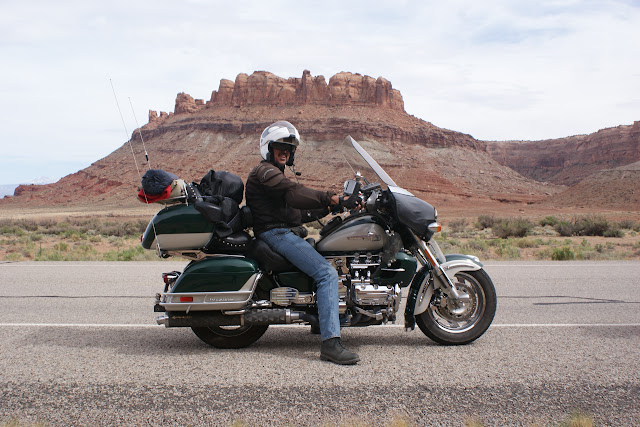 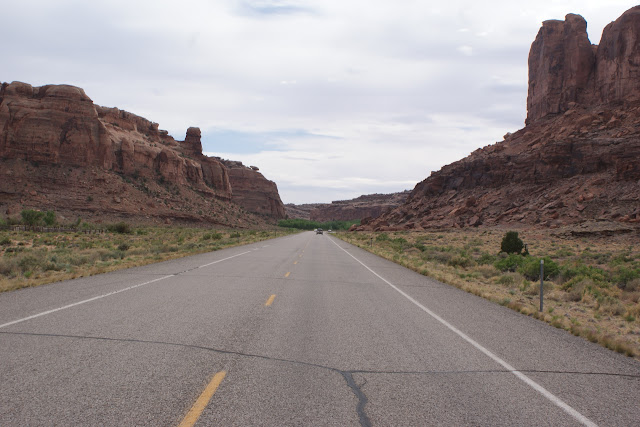 There were now eight of us and we all set up in one area, it was a little crowded, but it worked out. We watch the sun set, told stories, appreciated a few drinks and ate dinner. 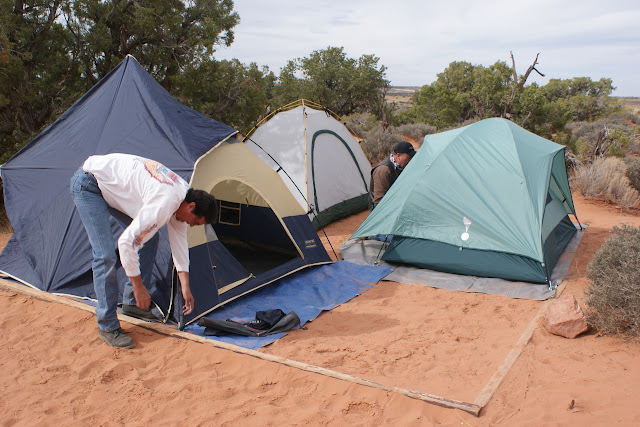 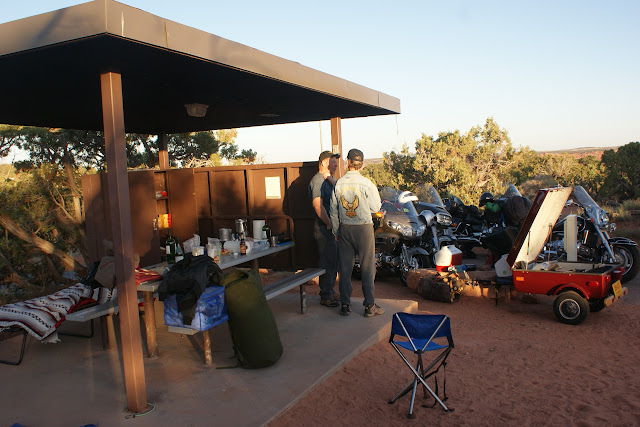 There was a full moon and it’s light made looking at the stars difficult. It was an enjoyable evening with the camaraderie a day on the highway brings. I felt very fortunate to have spent the day doing something I love with a group of guys that feel the same way.